This day we are visiting the amazing temple of Ramses II, Abu Simbel! And also the Kom Ombo Temple by night.

Why? To get a 3 hours bus from Aswan to see the sunrise in Abu Simbel! And I have to say that was super worth it, the best sunrise of my life and we avoided the crowds.

The main goal of this bus trip was to sleep. 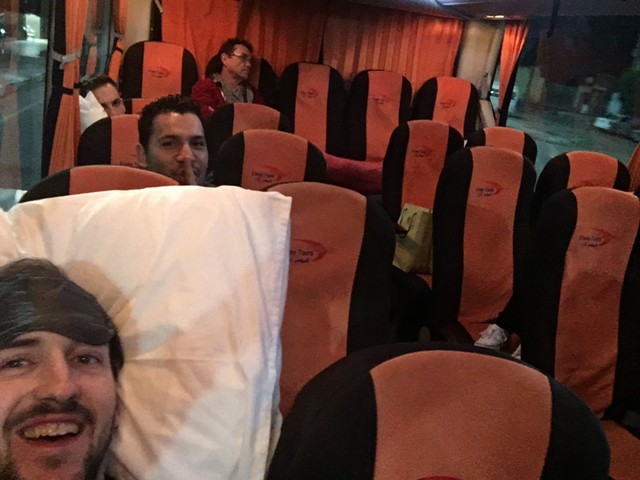 Sunrise in Abu Simbel. After having the best sunset of my life in front of the pyramids, now I was having the best sunrise of my life in front of Abu Simbel.
Abu Simbel is located in South Egypt, next to the border of Sudan, where we find this massive rock temple by the greatest Pharaoh Ramsés II.
More than 22 meters high each statue, more than 3.000 years of history, and thousands of feelings to be here… 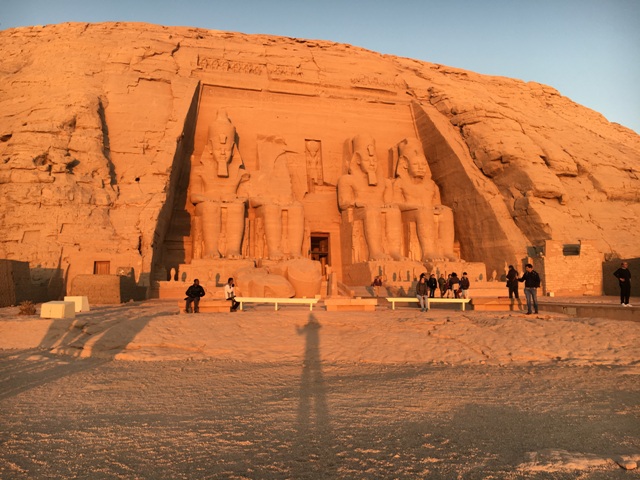 – Get the sunrise by early wake up at 2.30am and 3 hours bus from Aswan to Abu Simbel, located next to border Sudan.
– With sunrise you will get the first rays illuminating the temple and you will avoid crowds so better to take the best pictures.
– Activity included into the cruise in Nile River from Aswan to Luxor during 4 days and 3 nights for 200 euros. (more info in website)
•

– Abu Simbel Temple is composed by two individual temples, one dedicated to King Ramses II (30 meters high) and the other one is dedicated to his wife Queen Nefertari (12 meters high).
– Temples were built by King Ramses II as rock cut structures around 1200BC symbolizing his victory over the Kadesh Battle.
– The 4 colossal statues are representing Ramses II, a past earthquake destroyed the head of one statue which now is on the floor.
– Hieroglyphics inside are as amazing as mysterious, and describes the history of the temples and the Kadesh Battle.
– Inner sanctuary shrine inside the temple is illuminated by the first rays of the morning by the sun only two days of the year in February and October. The shrine is composed by 4 seated statues of the sun gods Re-Horakhte and Amon-Re, as well as King Ramses II and the statue of the god of darkness Ptah, which is not illuminated and it remains in the shadows all year.
– The temples were relocated with the UNESCO help between 1963 and 1969 with around 60 meters away from the original location because of rising water of Lake Nasser due to the construction of Aswan High Dam, to don´t be submerged.

The light over the temple is different during sunrise time. 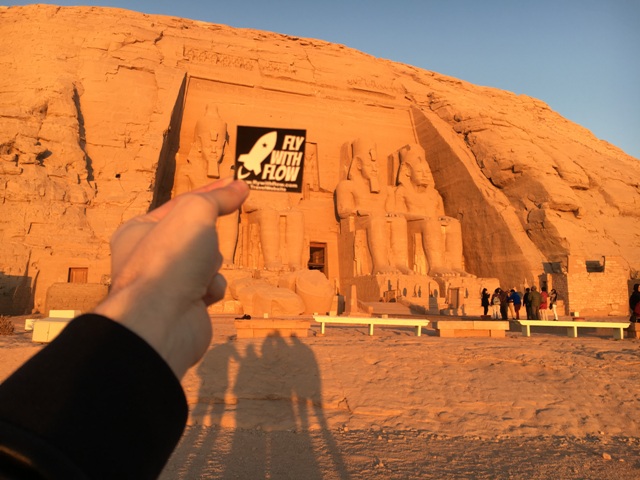 Check how the lights and colors are different compared to sunrise time.

Ramses II Temple is one of the most amazing things I have ever seen. 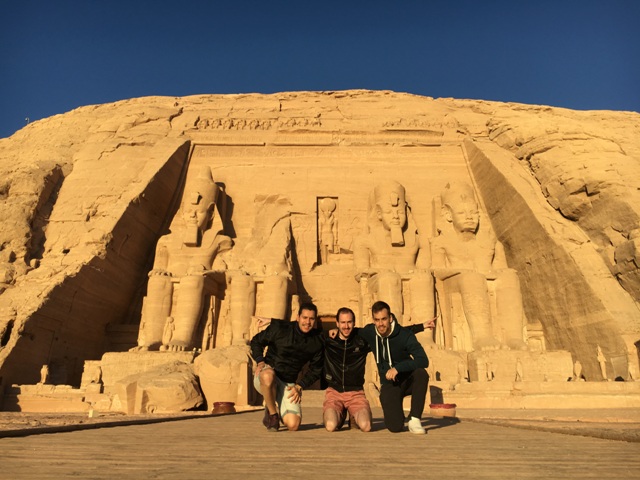 I could be taking pictures all day long here… 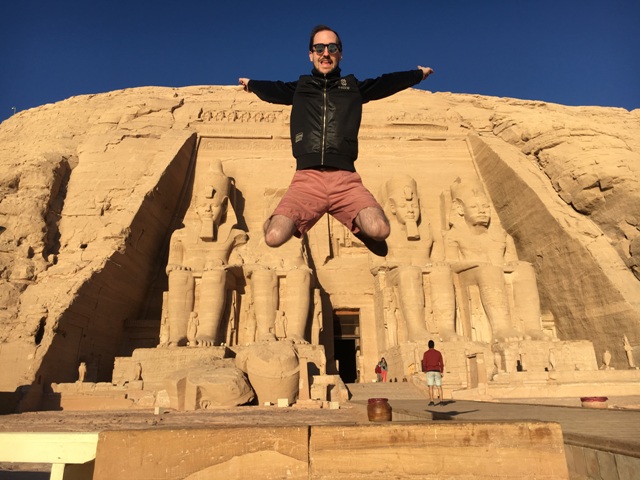 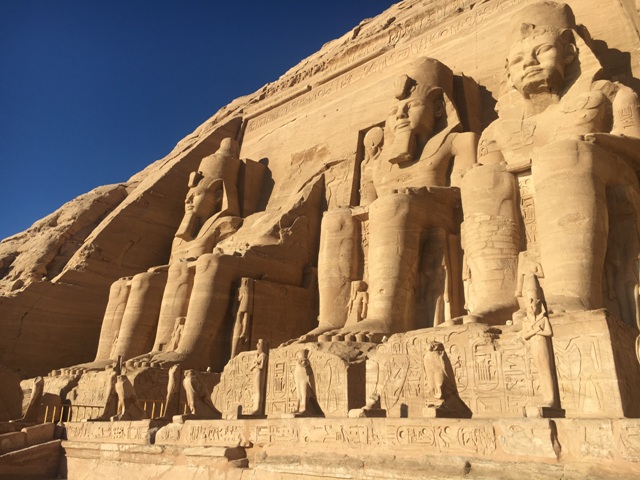 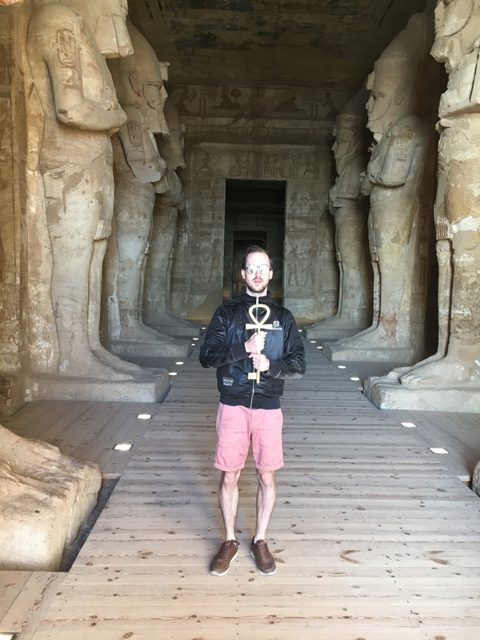 The hieroglyphics inside the temple. 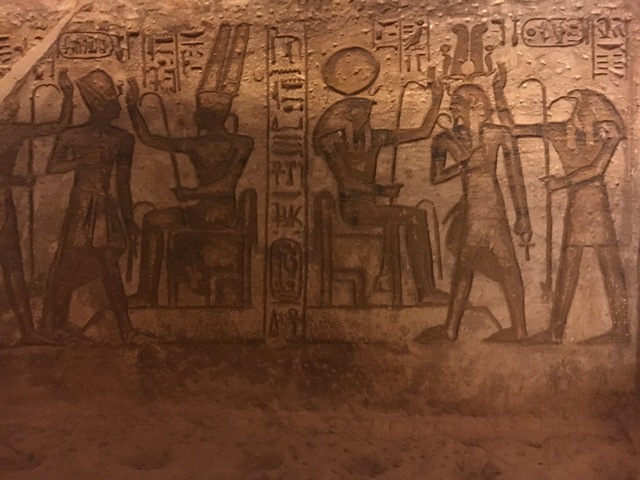 I can´t describe the feelings inside here…

Next to the Ramses II Temple is located a more little one, the Nefertari Temple. 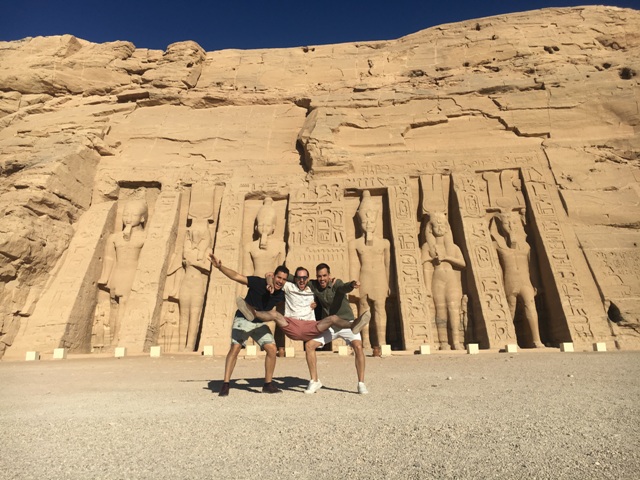 View of both temples: Ramses II Temple and Nefertari Temple. 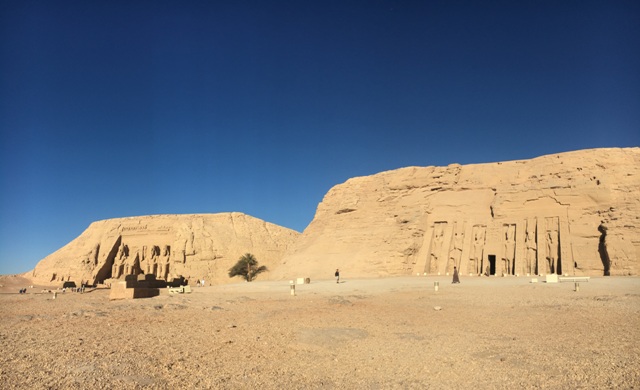 After visiting Abu Simbel we got the bus back to our cruise, and it was still 8.30 in the morning! 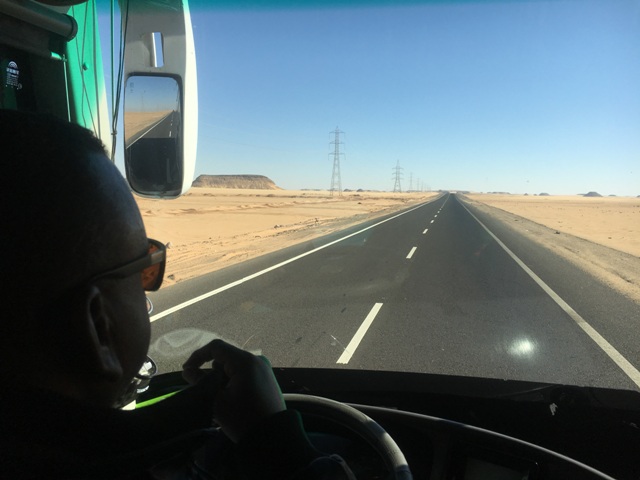 11.30am – Arrival to Aswan and visiting store

We stopped in a typical Egyptian shopt to do some shopping.

We went out fro the cruise and had a walk around Aswan during the day. Always good to get the feeling of the daily life. 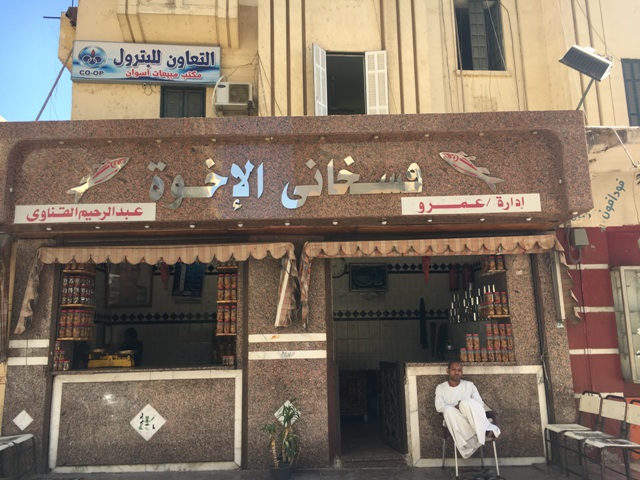 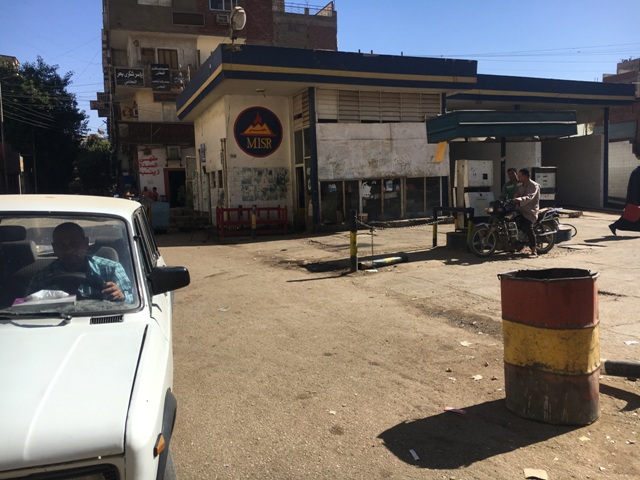 We have tried like a juice of sugar cane, it was good but too sweet maybe. 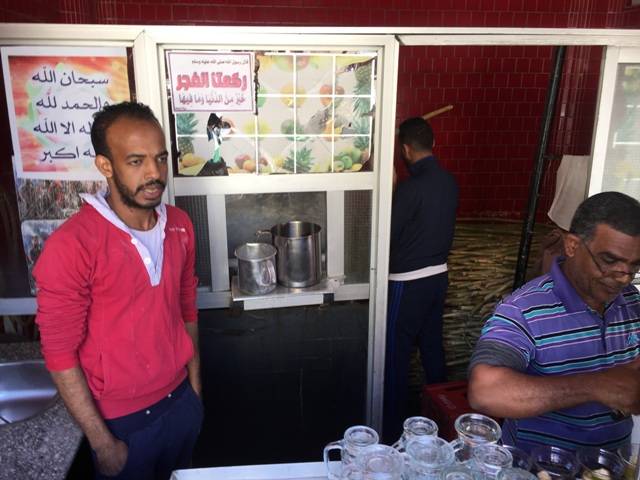 For reasons long to explain, we got into a little mall where we found some little friends and we took this lovely picture. 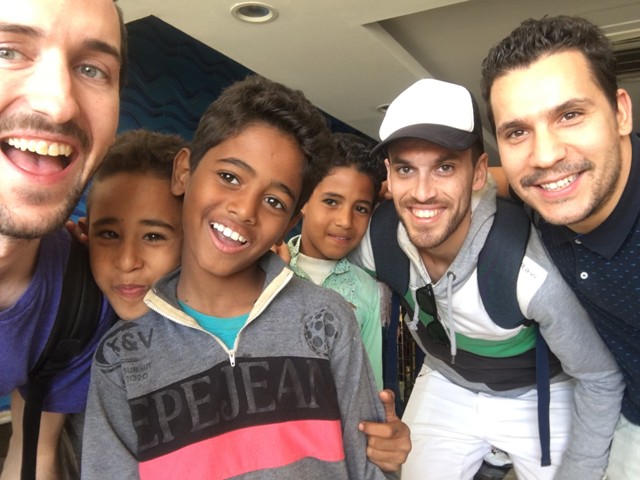 The cruise started to sail the Nile River (before was just stopped in Aswan). 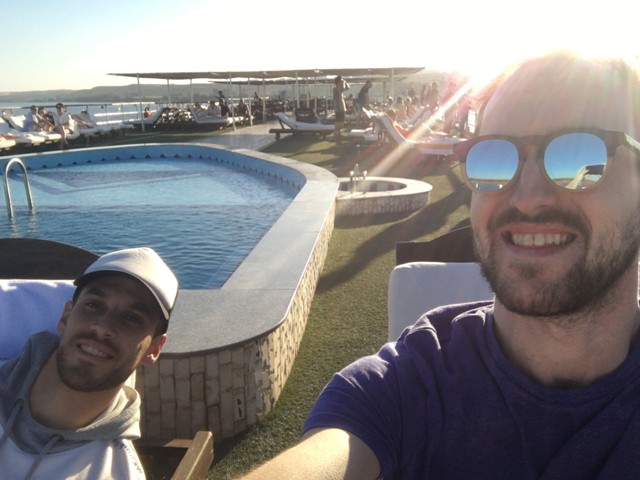 And we had this sunset while sailing… 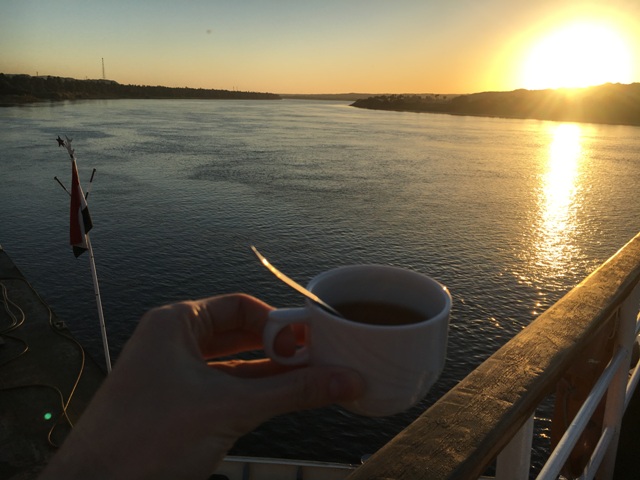 By sailing the Nile River we got the the city of Kom Ombo.

We visited the Kom Ombo Temple during night.
This is an unusual temple because is dedicated to two gods, Horus (son of Osiris and Isis) and Sobek (god of fertility a creator of world).
The temple has a double design with courts, halls, sanctuaries and rooms duplicated and everything is perfectly symmetrical 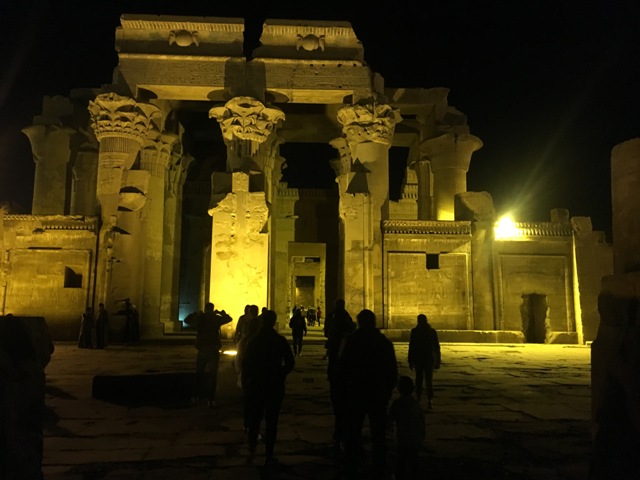 – During night is also amazing because the good illumination of the hieroglyphics.
– Activity included into the Cruise.
– We got a Cruise in Nile River from Aswan to Luxor during 4 days and 3 nights for 200 euros. (more info in website)
– The Cruise includes the pick up at airport or hotel, all the visits and entrance fees, official spanish speaking tour guide, transfer to airport or hotel.
•

– Kom Ombo town is located around 40 km to the north of Aswan and about 800 kilometers to the south of Cairo.
– Unusual temple because is dedicated to two gods, Horus (son of Osiris and Isis) and Sobek (god of fertility a creator of world)
– The temple has a double design with courts, halls, sanctuaries and rooms duplicated and everything is perfectly symmetrical.
– Constructed mainly with limestone in the shape of a rectangle and the design starts with a front courtyard, then a hypostyle hall, then three inner halls, and then two sanctuaries; one dedicated to Sobek and the other one to Horus.
– More than 300 crocodile mummies were found at the Kom Ombo temple and now reside in the nearby Crocodile Museum. 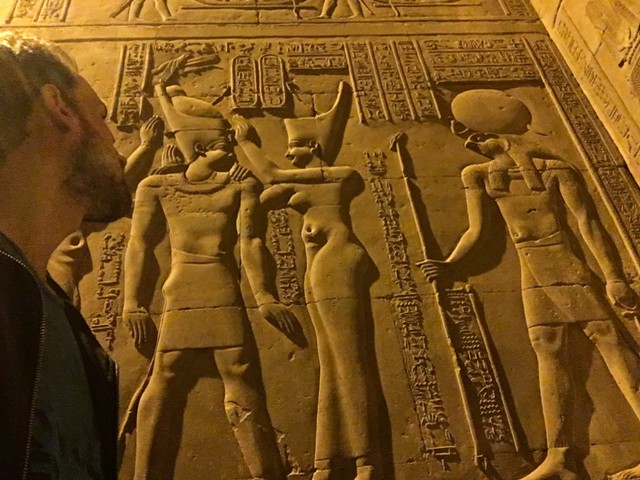 The hieroglyphics were super detailed, it feels like they are alive, moving… 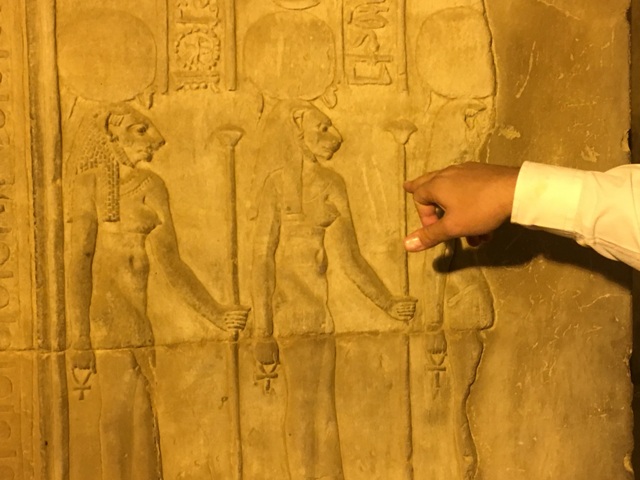 Some of the hieroglyphics were already erased, but we are lucky enough because many of them are still remaining, 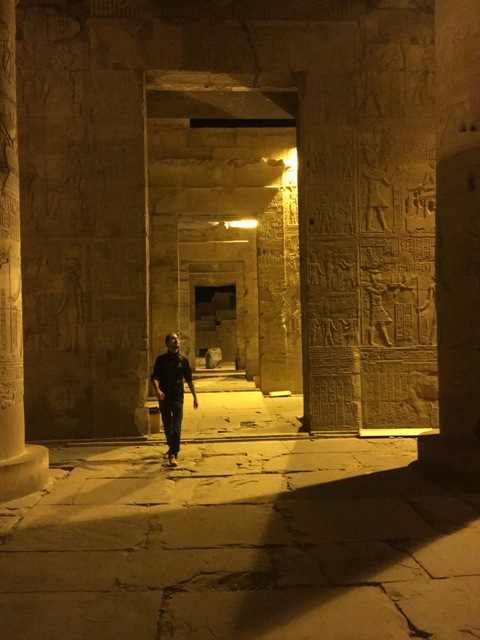 Can you believe this is real? Even being there, sometimes was hard. It is too much impressive… 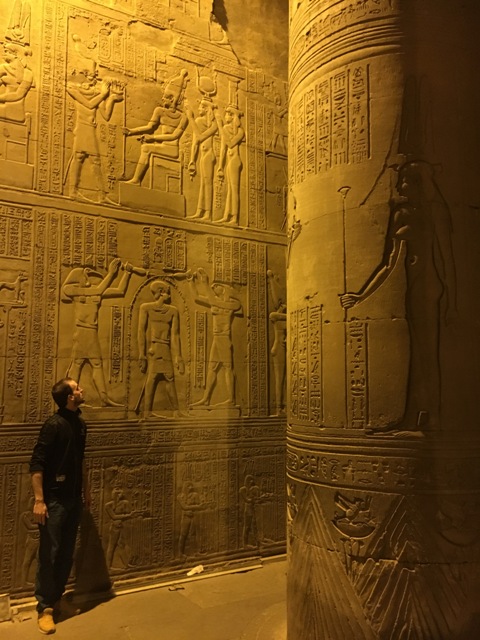