Temple of God Horus.
One of most beautiful and best preserved ancient monuments in Egypt which is guarded by two huge splendid granite statues of Horus as a falcon 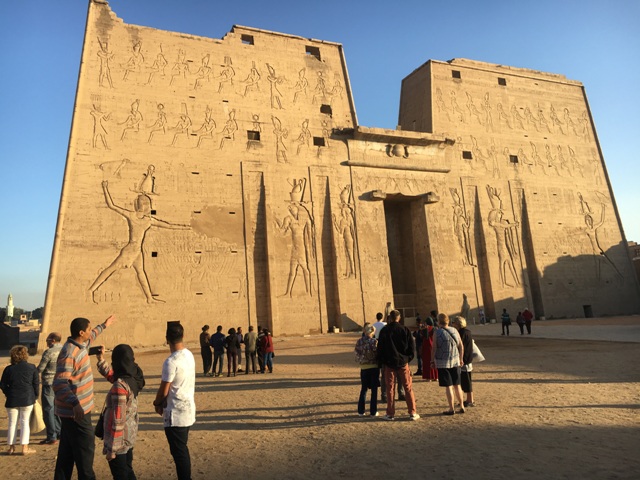 – Temple dedicated to Horus represented as a falcon, one of best preserved shrines in Egypt.
– Built in the Ptolemaic period between 237 and 57 BC is located 60km north of Aswan.
– The temples is guarded by two huge splendid granite statues of Horus as a falcon, on its head is the Double Crown of Upper and Lower Egypt.
– Inscriptions on its walls provide important information on language, myth and religion during the Greco-Roman period in ancient Egypt.
– The pylon is 37m high as the tallest one in Egypt and it is decorated with battle scenes, representing King Ptolemy VIII smiting his enemies before the God Horus.
– It is composed by a Great Court, the Pronaos, Hypostyle Hall, two ante-chambers and the Sanctuary. 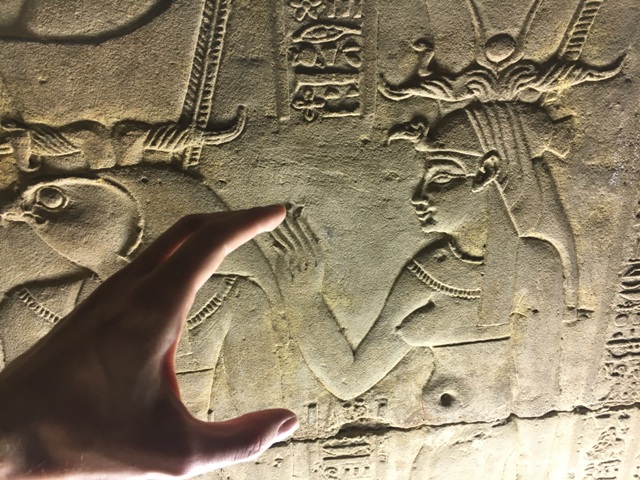 Don´t know why I decided to simulate I am taking the things from the hieroglyphics. Sometime I do random things

This guy didn´t want to be in the picture, but finaly we got the best picture. 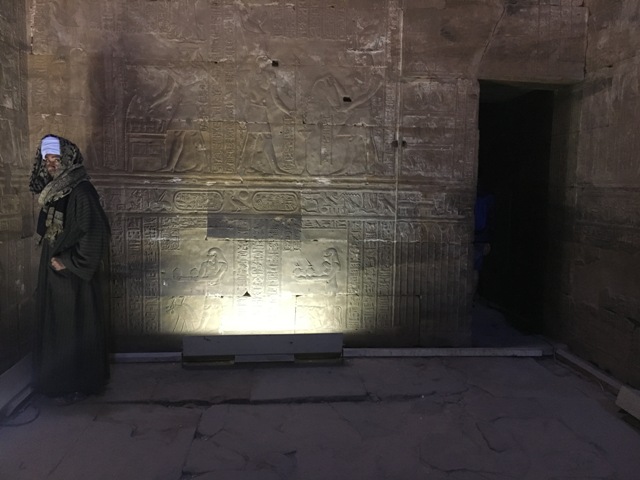 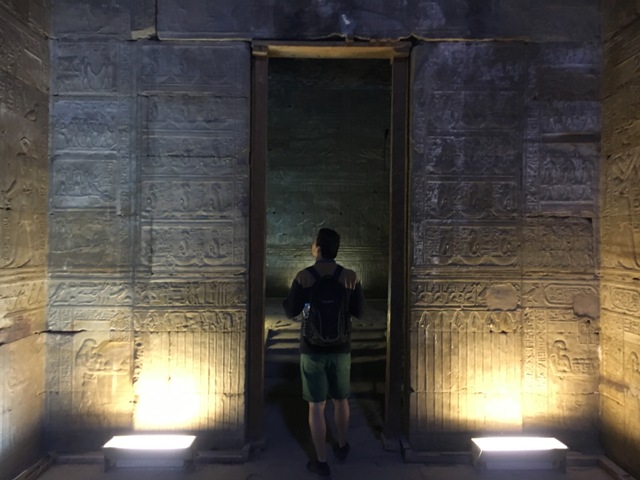 The main chamber of the temple. 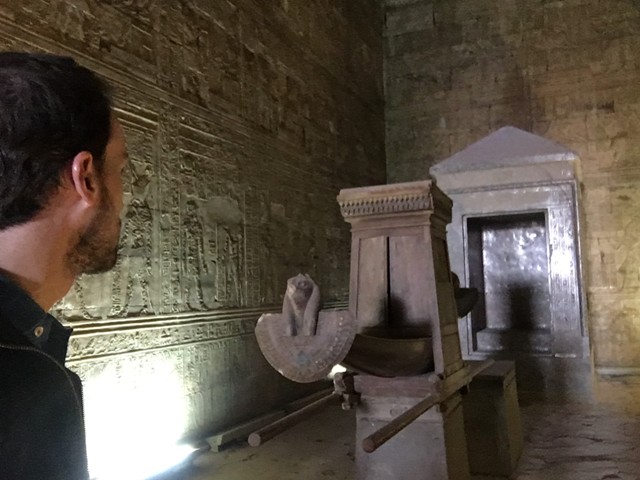 Can you believe this precission since thousands years? I still can´t. 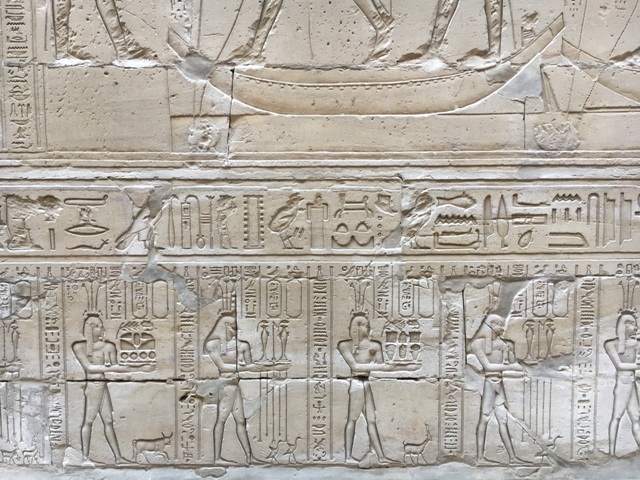 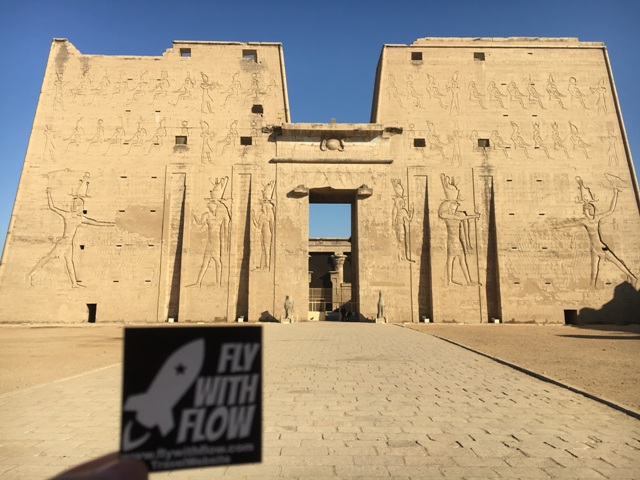 After visiting the Horus Temple we got back to the cruise to chill out and enjoy the views both sides of the Nile River.

My opinion of the views? Pictures probably speak better than me. 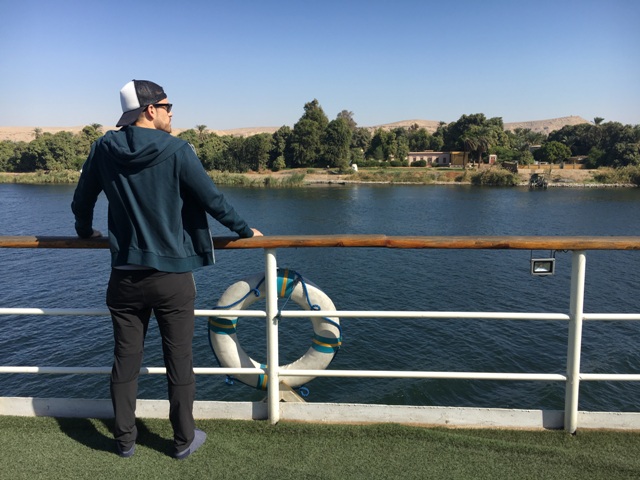 To have a swim, in a swimming pool, atop of a cruise, while sailing the Nile River… 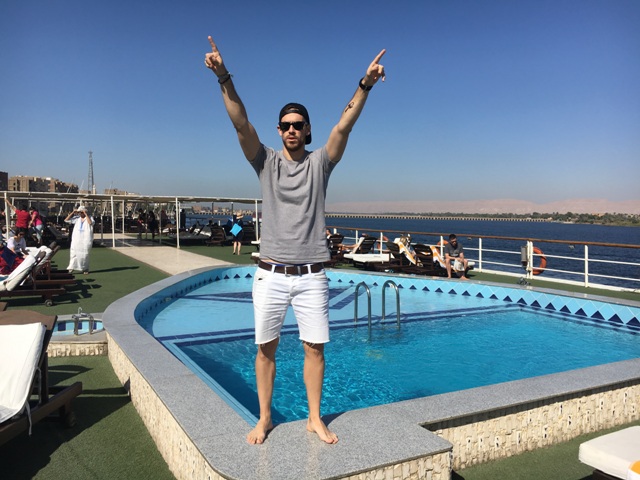 This was an important point as it was a floodgate where the height of the water changes.

As mentioned, all the food was included in the cruise (except the drinks) and every day was several options of meat, fish, pasta, salads, desserts, etc…

In my opinion it was great! Good quality and varied. By the way, there was alike a white creamy cheese (I don´t remember the name) which was super delicious! This picture below is part of an important project… 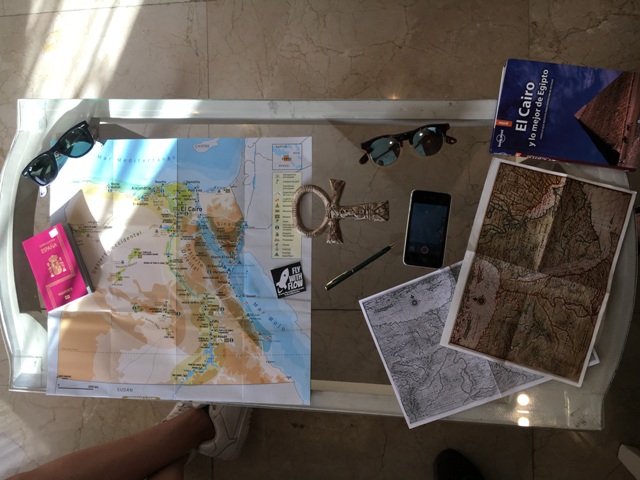 4.30pm – Amazing sunset from the cruise

If sailing the Nile River is amazing, the sunset here is… With this Sun & this Sky. With thousands of years of history, and now, we are part of this history

The cruise got the city of Luxor and we got ready for the next visit.

By van we got a pick up in the cruise and went to Luxor Temple.

The Luxor Temple.
One of most important Ancient Egyptian temples, located in the city of Luxor (ancient Thebes) constructed around the year 1.400 b.C.

– Luxor Temple is a large Ancient Egyptian temple complex located on the east bank of the Nile River in the city today known as Luxor (ancient Thebes) and was constructed approximately 1400 BCE.
– Two red granite obelisks with 25 meters high were originally at the entrance, nowadays only one remains, as the other was given to Paris, now located in Place de la Concorde.
– There are different courtyards with columns high from 16 to 56 meters and also an Hypostyle hall where uniquely could go inside this area the Pharaoh and the Priest.
– Luxor Temple is oriented north to south to face Karnak; instead ofbeing oriented from east to west, like most of Egyptian temples.
– The name of Luxor comes from the arabic word Al-uksur, which means fortifications.
– Construction of the temple was by different pharaohs. It begins with the pharaoh Amenhotep III (1390-52 BC), then by Tutankhamen (1336-27 BC), by Horemheb (1323-1295 BC) and then by Rameses II (1279-13 BC).

Luxor Temple has so many huge columns, and when I say many I want to say many, many and many! Please bring us to the past let us see this place in the ancien times! Please! As part of the tour, we came to a parfum shop where we learnt about natural fragances and also special fragances which help you with issues of life as headache, breathing problems, sensual enhancements, etc… And we got a little massage! I guess to make you feel more calm and better to negotiate with you.

We got a horse carriage which bring us around the city of Luxor.

To end the day, we visited a typical bar which was full of egyptians where we had a coke and a shisha with all the team from the cruise.

Big hugs and love to the family cruise! <3