This day we visited The Mortuary Temple of Hatshepsut, The Valey of the Kings, and Karnak Temple.

We were picked up at the cruise for this amazing day! On the way, we found this wrecked boat which looks cool for a picture, but we just hope to dont happen the same thing to our Cruise! 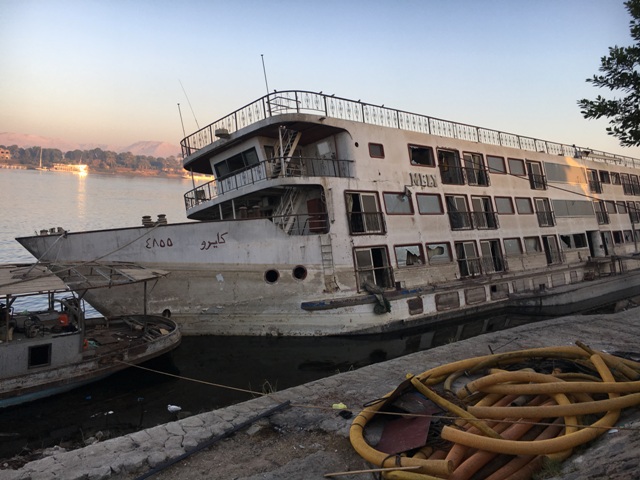 Quick stop with the van to see the Colossi of Memnon.
From 3.400 years ago, with 18 meters high and 720 tons each, carved in a single block of sandstone, two massive statues of the Pharaoh Amenhotep III, who reigned in Egypt during the Dynasty XVIII 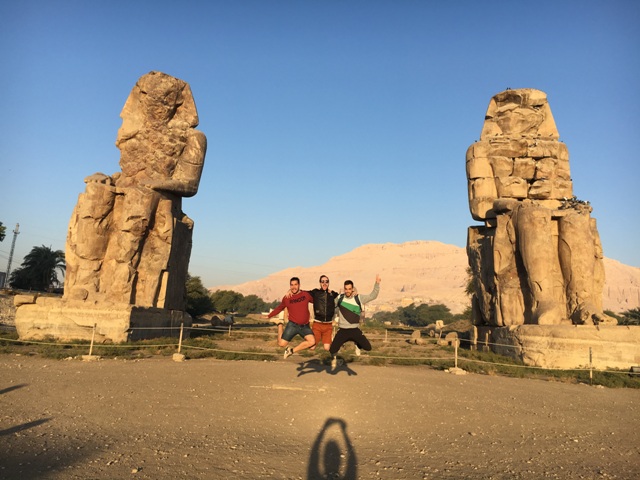 7.45am – Mortuary Temple of Hatshepsut

– The Mortuary Temple of Hatshepsut is an ancient funerary shrine, also known as the Djeser-Djeseru («Holy of Holies»).
– Hatshepsut was a female pharaoh and the fifth pharaoh of the Eighteenth Dynasty of Egypt.
– It is dedicated to the sun deity Amun, situated next to the mortuary temple of Mentuhotep II and is part of the Theban Necropolis.
– Well conservated the columns, the Osiris statues and the colorful hieroglyphics.
– The temple was damaged by other pharaohs as Thutmose III and Akhenaten.

The family group we had during all the Cruise, missing you! 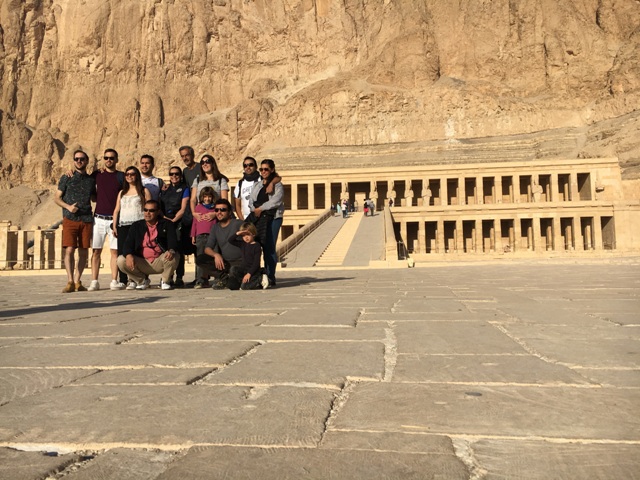 The hieroglyhics still with colors are even more impressive, giving you a closer idea of the spectacularity of the Egyptian magic. 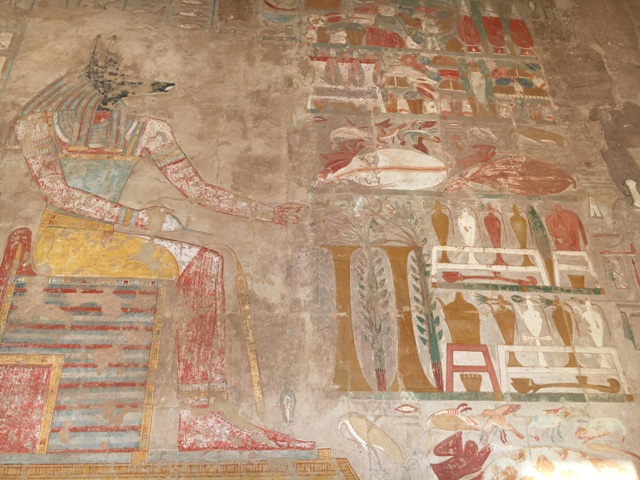 Find the 7 differences! It is almost impossible! Hahaha 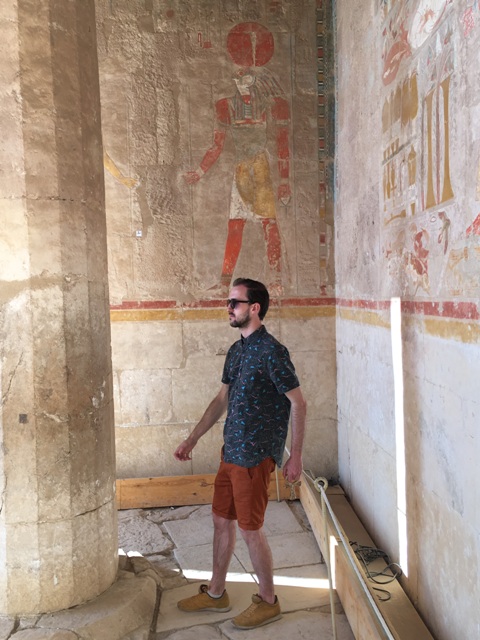 We made some best friend at the temple, and they got pictures with a very important item, the key… 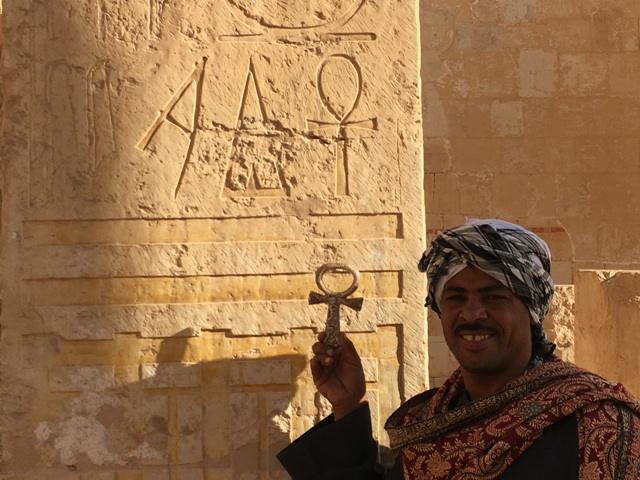 Find again the 7 differences! I think nobody can get it! Hahaha 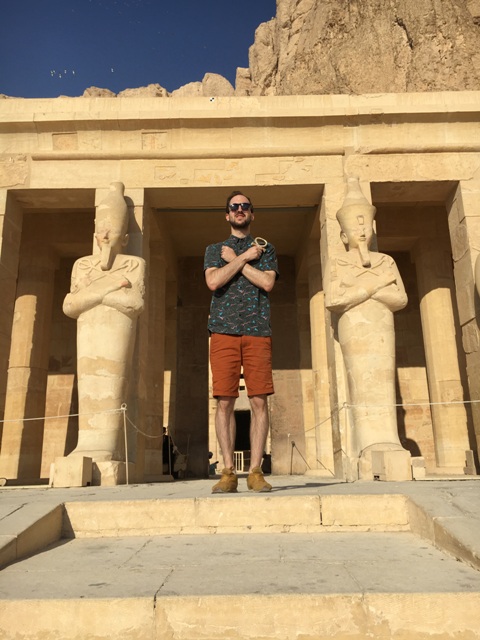 As part of the tour we stopped in this shop were they have amazing items of everything related with Egypt and especially alabaster items. 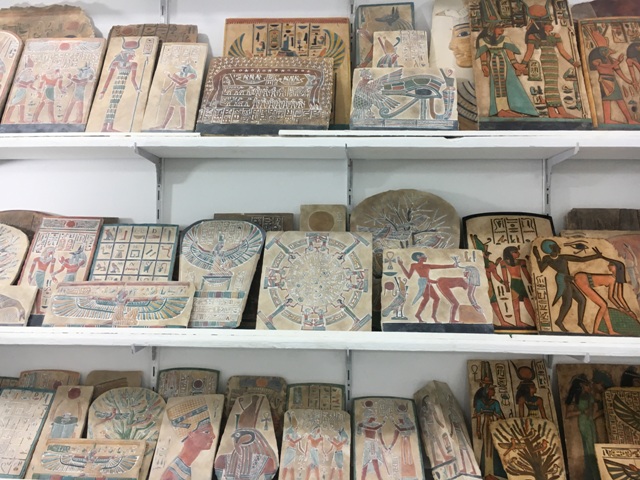 We got a special permission to be able to take pictures inside the tombs.

Included the general entrance (30EGP) as part of the Cruise. But it was not included the entrance to the Tomb of Tutankhamun, which has a price of 80EGP. 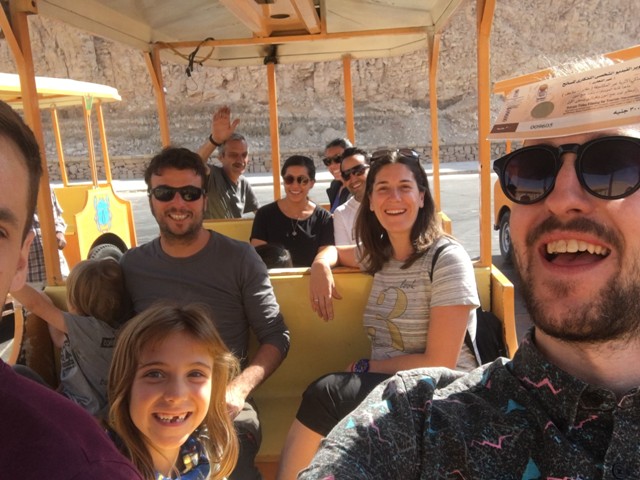 – The Valley of the Kings contains 63 tombs and chambers of different size and shape, discovered so far.
– During a period of around 500 years from the 16th to 11th century BC, rock cut tombs were excavated here for the Pharaohs.
– Pharaoh Tutankhamun is the most famous tomb in the Valley of the Kings, which was discovered in 1922 by Howard Carter, with artifacts including as the mummy, a gold mask, and a solid gold inner coffin.
– Other Pharaohs buried here are Tuthmosis I, many Rameses, Hatshepsut, Amenhotep I, Tutankhamun, etc…
– It was the principal burial place of the major royal figures of the Egyptian New Kingdom and also a number of privileged nobles.
– Egyptian mythology is the main decoration of the royal tombs, with scenes of beliefs and funerary rituals of the period.
– Even if most of the tombs seem to have been robbed and opened, they still give an idea of the power and opulence of the Pharaohs.
– Inside the tombs were included furniture, clothes, jewelry, food and drinks as wine and beer, as well as sacred objects.

This little train brings you from the entrance to the tombs area. 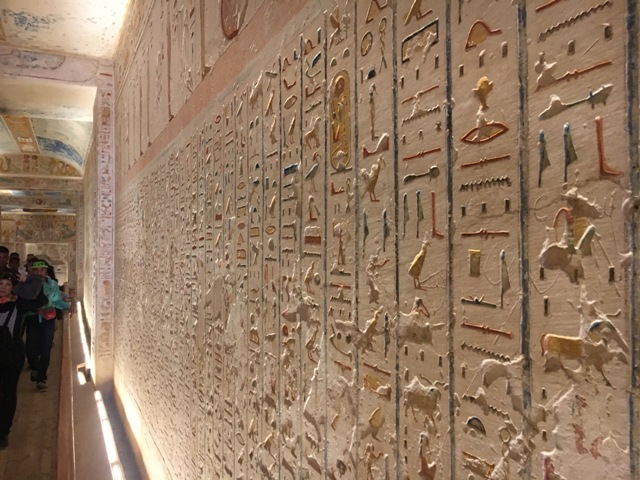 Tomb of the Pharaoh Ramsés III

Look at the details…are amazing! 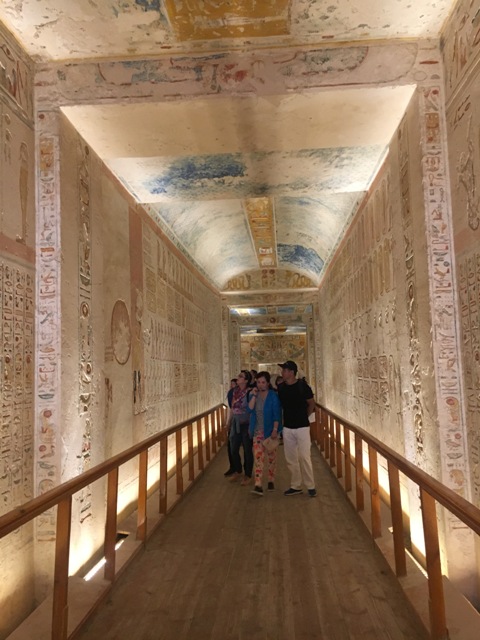 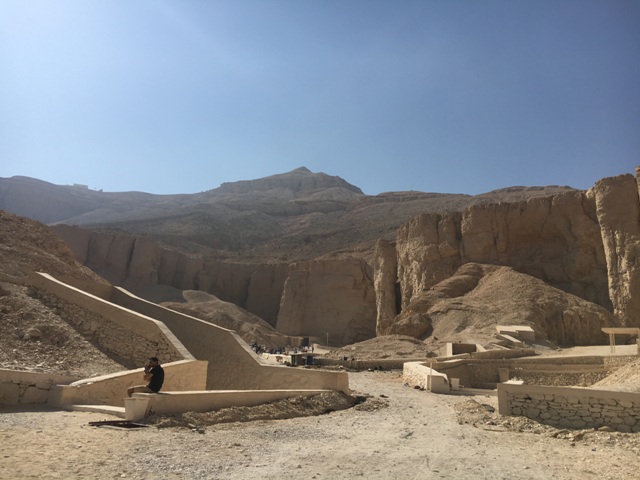 Pictures of the discover of Tutankhamun Tomb. 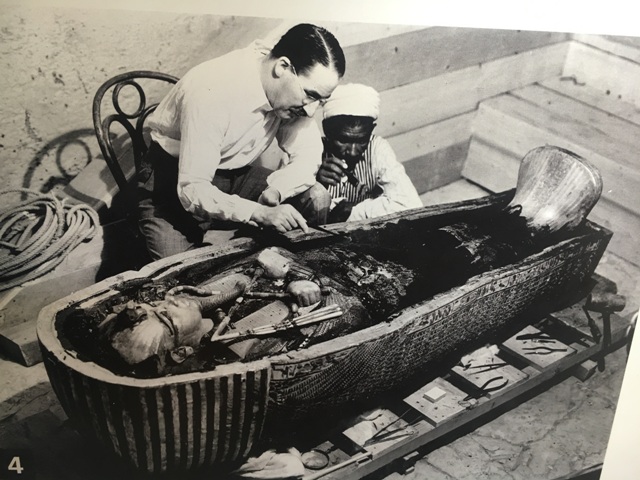 – Karnak Temple is the largest religious building ever built in the world, it was founded in 3200BC and constructed by 22 pharaohs, dedicated to the gods Amun, his wife Muy and his son Khonsu.
– The Hypostyle Hall has 4.600 square meters with 134 huge stone columns, some of them are around 21 meters tall.
– It also has huge pillars, towering columns, massive avenues of sphinxes, and an obelisk, which is tallest one with 29 meters tall and weighs more than 323 tons.
– Karnak and other areas of ancient Thebes, including Luxor, the Valley of the Kings, and the Valley of the Queens, were collectively designated a UNESCO World Heritage site in 1979.

The entrance of Karnak Temple. 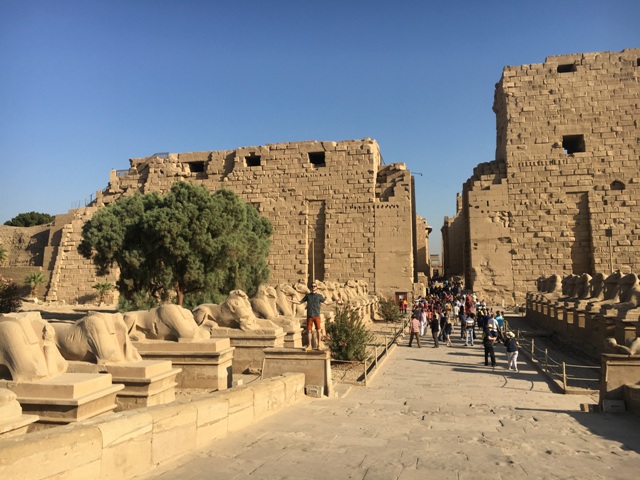 The biggest obelisk in the world. 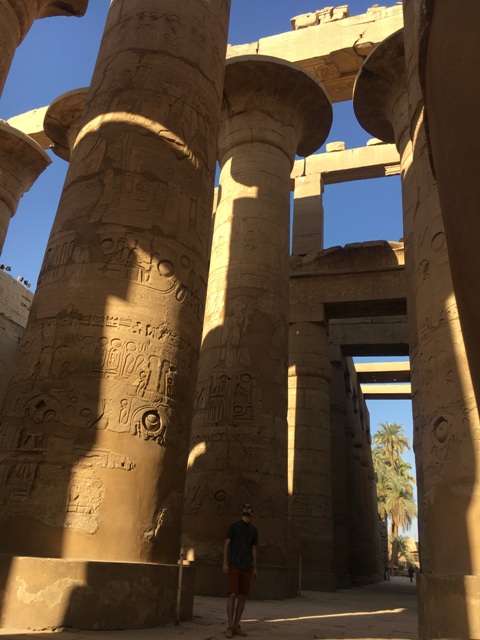 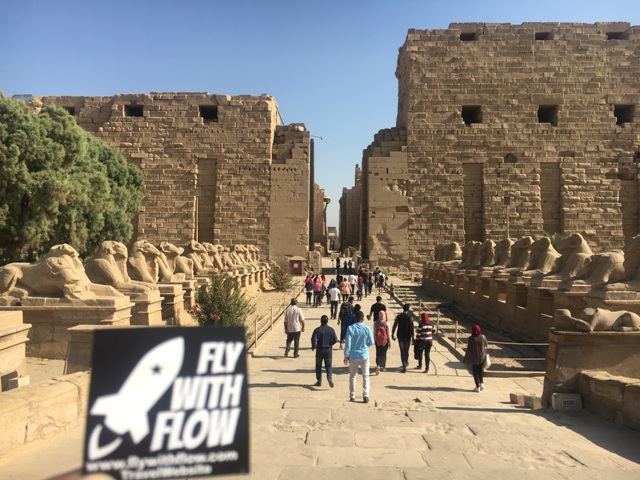 After Karnak Temple we rest on the Cruise.

Also we got some bus tickets for our next stop on the Red Sea… Ain Sokhna! 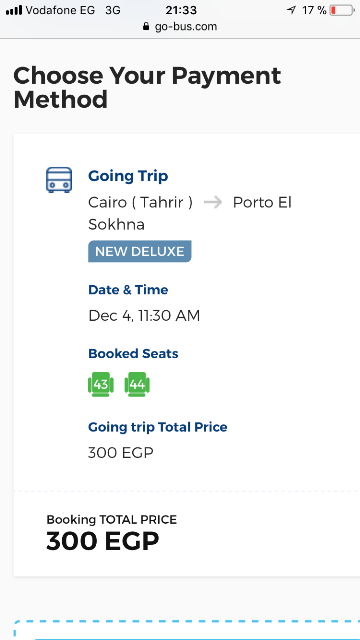 After flying some days ago from Cairo to Aswan, then we got the Cruise in Aswan and we sailed the Nile River in north direction to visit all the temples until arriving to Luxor, where we got the flight back to Cairo.

Flight from Luxor to Cairo (only one way). We got the tickets with Egyptair (around two months in advance) for 76 euros per person.

We had another hotel booked, but there was a little issue with our room and they offered to change to a nearby hotel called Bella Luna.

Better than sleepig in the street…we said yes!

«Accomodation» in Bella Luna Hotel for a total price of 90 euros for 2 nights and 3 people. (which means around 15 euros per person per night)

The hotel was ok and we had so much fun in the room with…Whittankamon!

After arriving to Cairo and after doing the check in the hotel, then we dinner at McDonalds.

The menu. (not able to take pictures by the way) 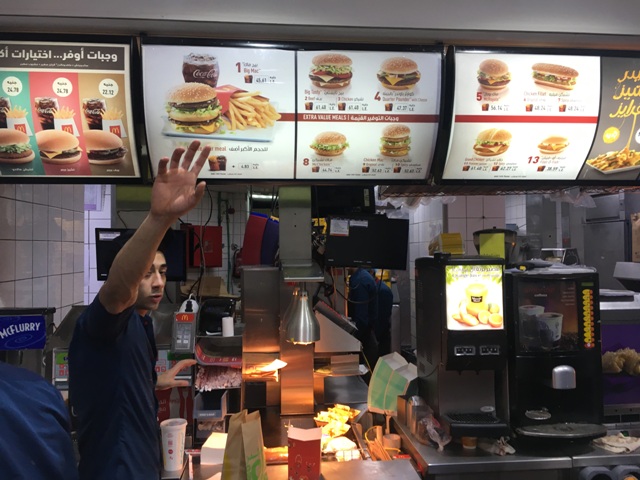