– It is free entry and the only cost would be the metro ticket and probably some water, there are many varied shops around.

– You may also go and/or return by Uber, which is well developed and offering good prices, for ride around 18MYR (around 3,5€)

– Watch out for the monkeys!

– Batu Caves is a temple complex with three main caves at 100 meters high reachable by 272 steps!

– Lord Murugan gold statue measures 42 meters highs and shines splendid at the entrance. It is the tallest statue of a Hindu deity in Malaysia and second one in world (built in 2006)

– The Caves were formed around 400 million years ago used by indigenous tribes as shelters.

– There are more than 160 climbing routes.

WHAT TO SEE AROUND BATU CAVES.

Below some pictures showing and explaining. 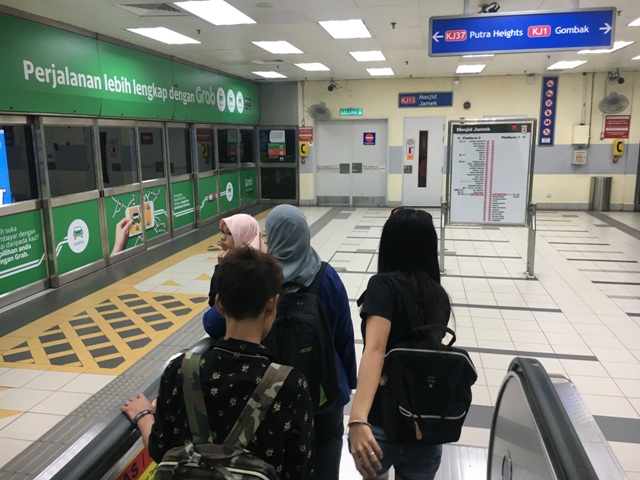 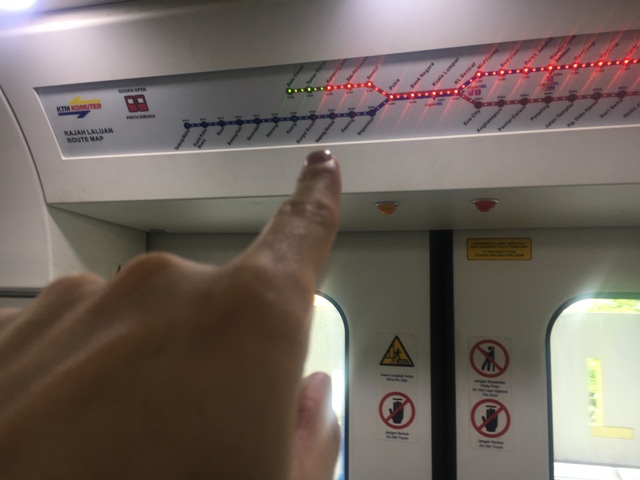 You may also go and/or return by Uber, which is well developed and offering good prices, for ride around 18MYR (around 3,5€)

«Advice» It is free entry and the only cost would be the metro ticket and probably some water, there are many varied shops around.

At the entrance you will find the 15 meters high statue of Lord Hanuman (a famous warrior from Ramayana epic) is opening the clouds with its presence, and opening his heart showing Rama and Sita. 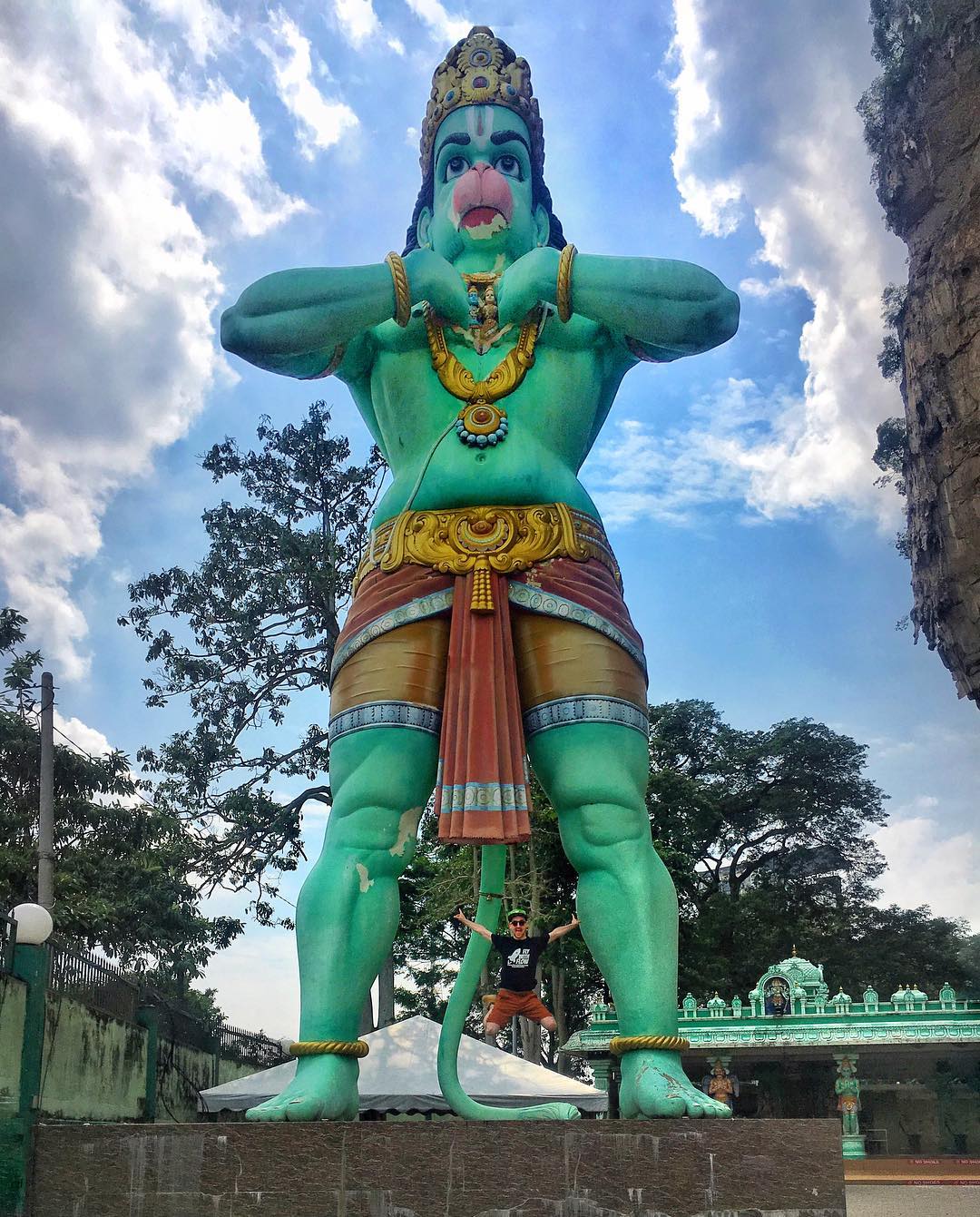 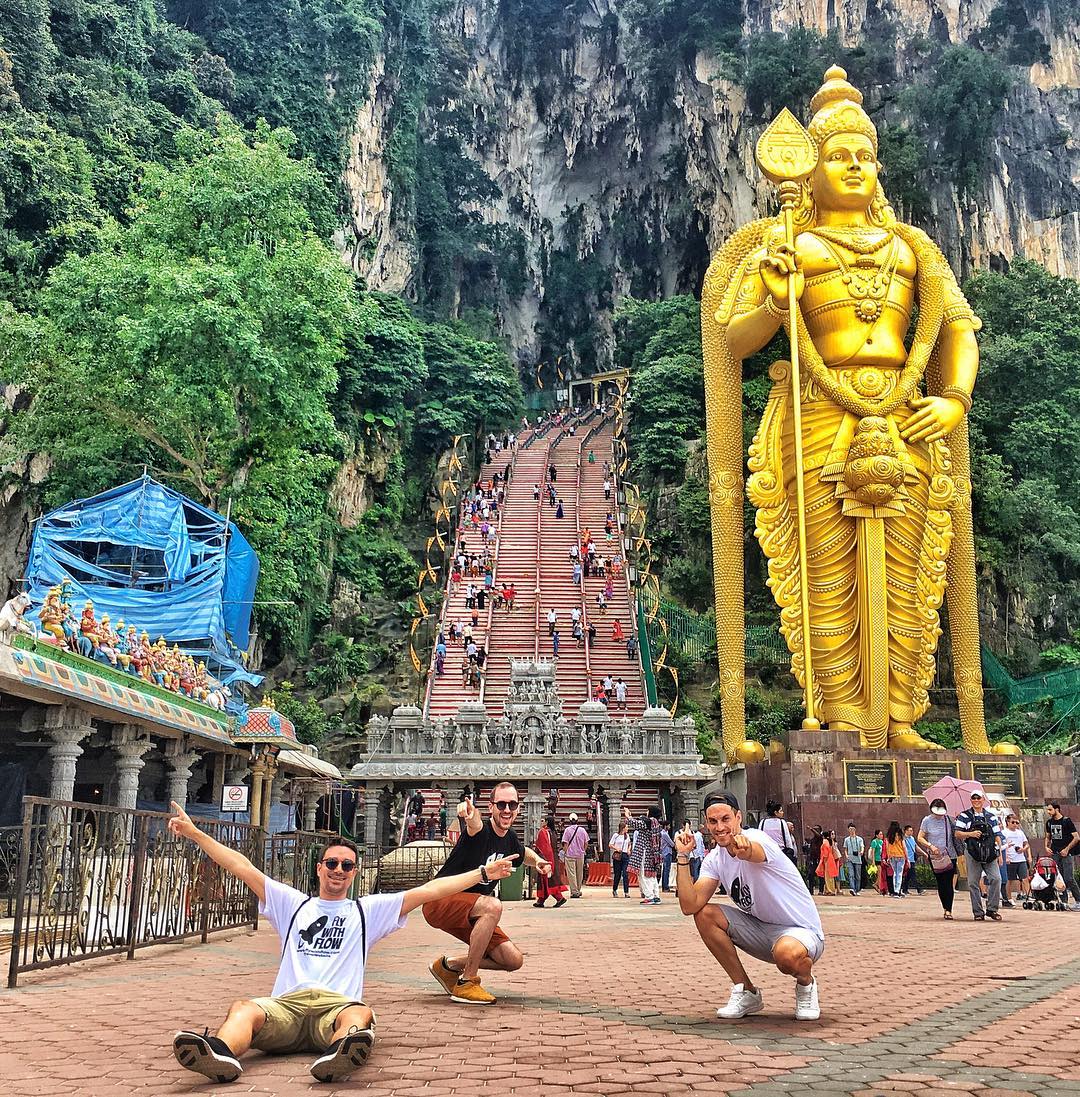 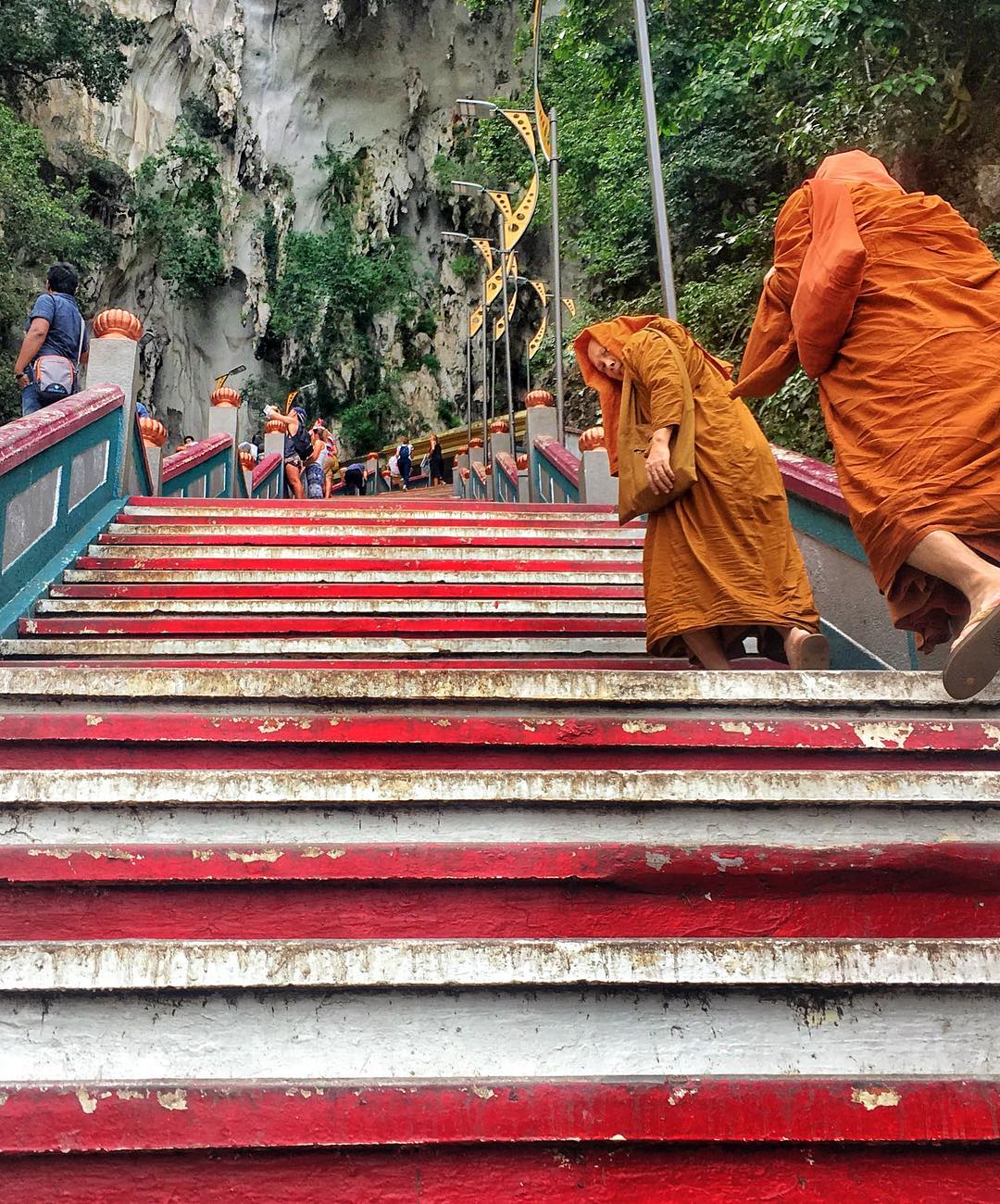 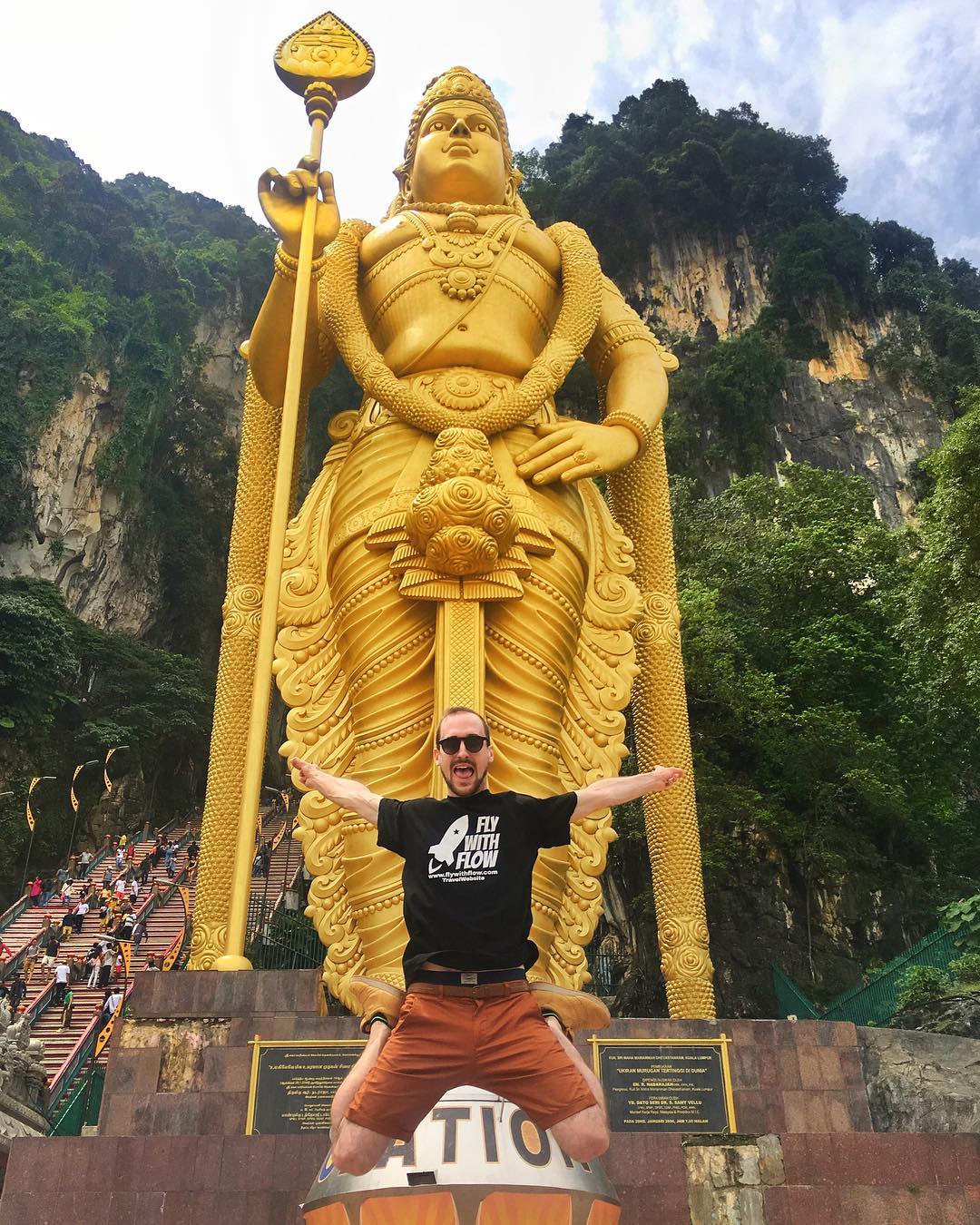 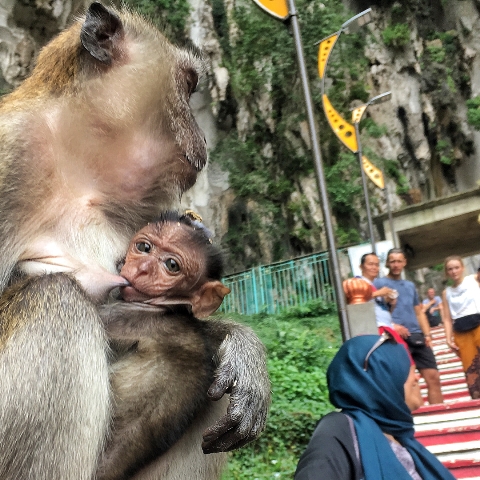 At the entrance of Batu Caves we met a Malaysian guy called Wazu. And dont know why, without a reason, we started to sing his name. Wazu Wazu Wa!

That was the beginning of a new challenge, which we tried with many nice malaysian people along the trip.

Singing names !! ??
•
We didn’t think about this challenge…
We were dealing while buying some souvenirs and our dear Wazu brought the inspiration!
Would you dare to sing names?
Meet nice people and send us the video!
We want the FlyWithFlow full varied names!
And you can be part of it!
With love, 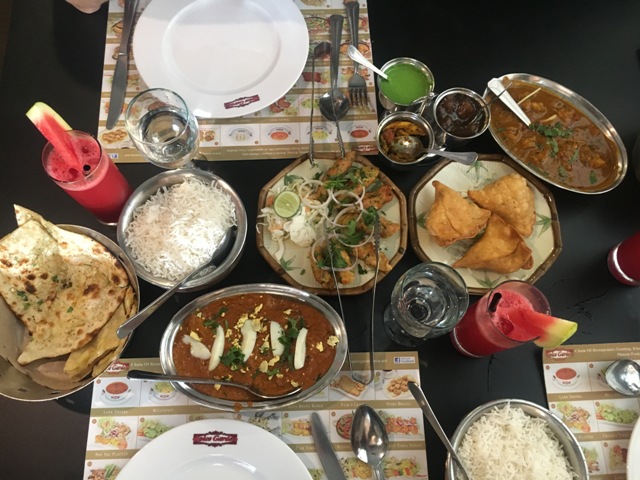 Yes, we visited the hospital, short visit! No worries!

Just…look at this! The view from the Hospital Entrance. 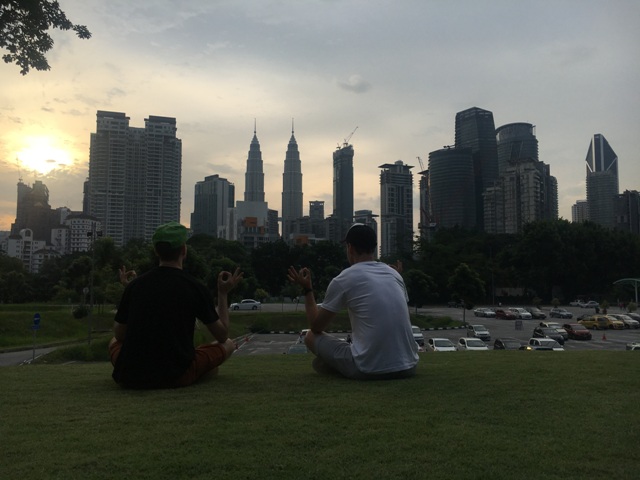 ADVICES
– The sunset from the KLCC Park to see the colors between the towers, and during night from the main entrance to enjoy the full view of the towers and the bright of the lights, the two best spots.
– To get into the tower you should book your tickets in advance as is usually busy. You may do it by official website or at the official counter.
– To really enjoy the view of Petronas Towers in the landscape of Kuala Lumpur don’t get into the towers, find another place with a view.
– There are some guys around trying to sell special lens which allow your phone to get more angle. Deal with them in case you are interested. I got one, and it is worth it to get the full picture.

INFORMATION
– Petronas Towers were the tallest building in world from 1998 to 2004, until Taipei 101.
– It remains the tallest twin towers in world with 88 stories and 452 meters.
– The whole complex was built on former horse racing track.
– Each tower was constructed by different joint ventures, one from Japan and another one from Korea.
– Skybridge was designed as fire escape, allowing to move to the other tower in case of fire.
– 32.000 windows, 2 months to be cleaned all.
– Occupants in building are: Oil National Company, Accenture, Al-Jazeera, Bloomberg, Boeing, IBM, Microsoft, Reuters…

SunsetLovers! Yes we are! From the KLCC Park there is amazing view of the sunset.

We stayed taking pictures and enjoying the colors, then we moved next to the colourful fountains and chill out with a drink+snack from the nearby supermarket.

Definitely the Petronas Towers brights outstandingly during the night and definitely the best view is from the main entrance. This one! 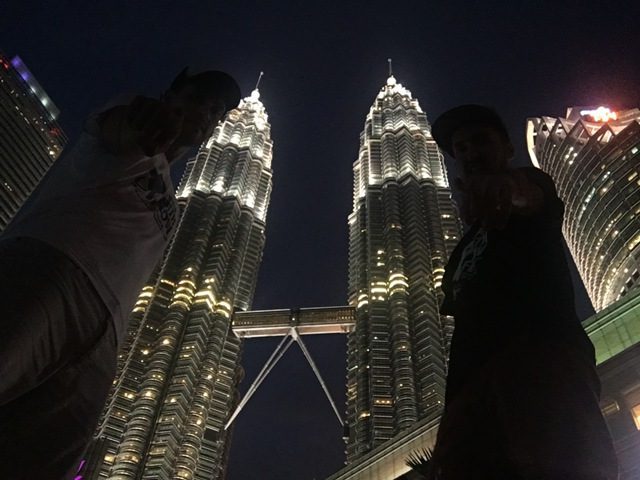 «Advice» There are some guys trying to sell a special lens which allow your phone to get more angle for the pictures and videos. I don’t usually buy in the street in a random way, but it was worth it and this is the result. By the way, deal with them to until getting the best price. 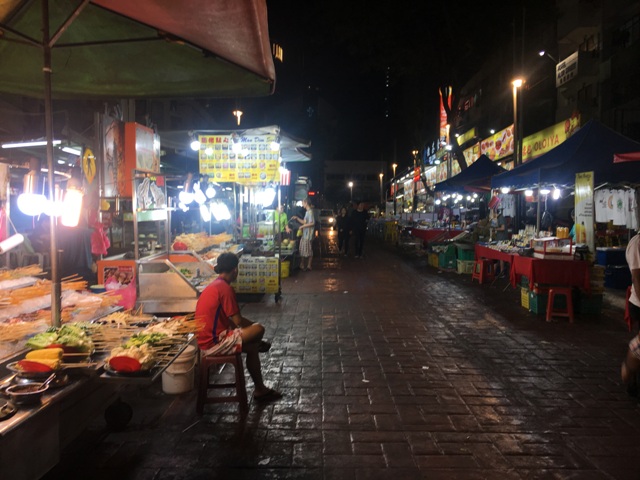 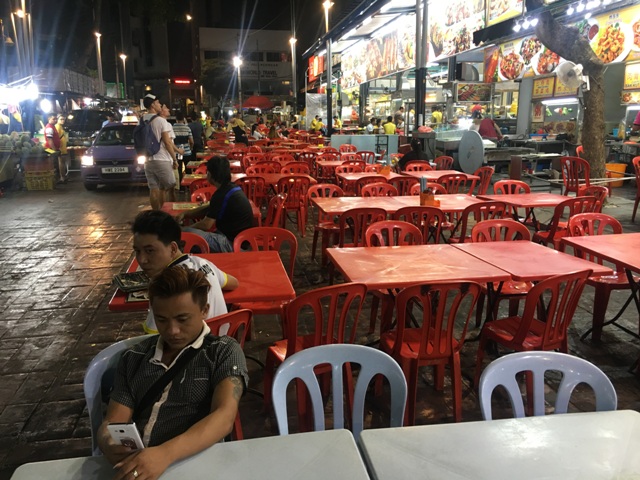 One of the most iconic, traditional and lively streets of Kuala Lumpur where is still possible to find the real Asia essence. I must say that Kuala Lumpur is super developed; it looks like any European city. Hurray for them! 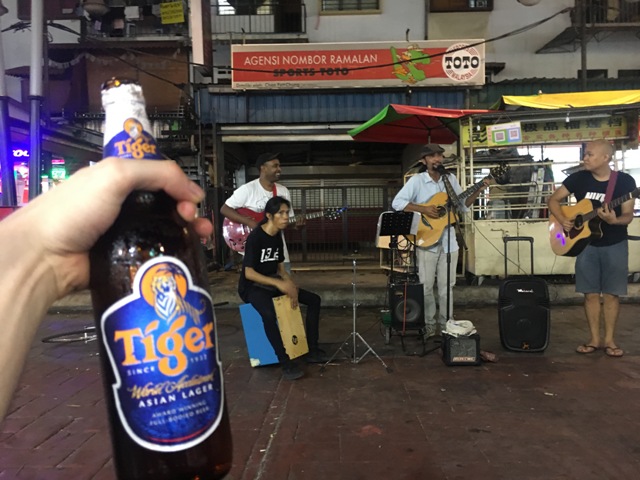 Do you wanna try the Durian Fruit? Go for it! It’s super stinky, so much that is forbidden in airplanes, hotels and in my stomach…

This is Jalan Alor, one of most iconic streets of Kuala Lumpur, where you can find the real Asia feeling and a wide collection of restaurants offering Malay, Chinese and Thai food.

– Be brave and try the local food, don’t be scared to get sick as you are in heart of Kuala Lumpur and Malaysia is great in terms of health procedures.

– Best ambiance is during night from 5 pm until closing time.

– Deal with the places to get the best price for the drinks, there are plenty of restaurants and they want you!

– Usually are street music, have a sit next to them and your dinner will be much more delicious.

– Jalan Alor is a food street where find a wide collection of restaurants offering Malay, Chinese and Thai food.

– It is located in the area of Bukit Bintang, getting here by monorail, taxi, uber or walking.

– This area was the former red light district of KL.

– Possible to find menus with English translation and pictures making easier the choice.

Some Malaysian guys playing like «soccer» in the street..and we join them!

•
En España esto es el mitiquísimo “un que no caiga”!
Play the local games and have fun in the word!
That’s a wooden ball game usually found around Asia.
•
Would you dare to play varied local games?
You can be the next GoldenBall!
We want the FlyWithFlow OlympicTeam!
And you can be part of it!
With love,