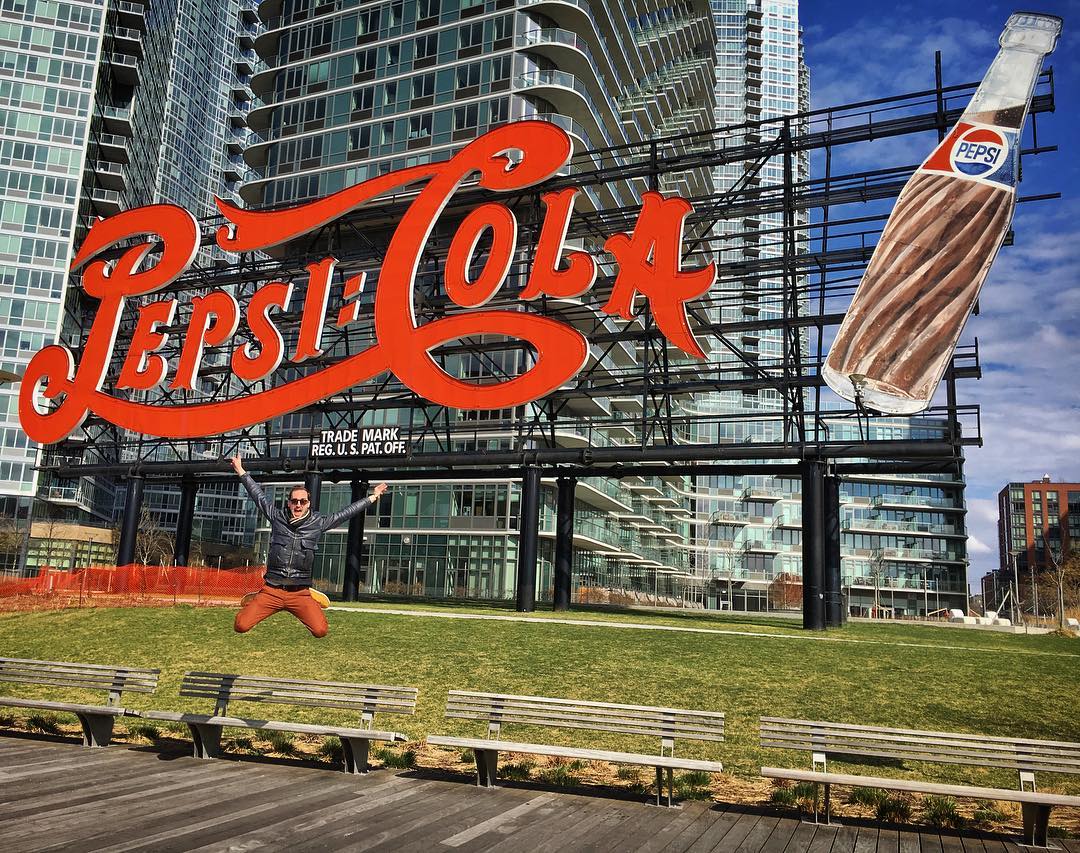 The 45 meters long and 18 meters high Pepsi Cola sign was built in 1936 to adorn the top of a two story building that was part of the Pepsi bottling plant on the Long Island City waterfront. The sign has been dismantled and shifted along the Queens waterfront multiple times since the late 1990s, when it was closed. The sign has been prioritized for landmark status, and could be officially protected in all of its corporate, neon glory before the end of the year. 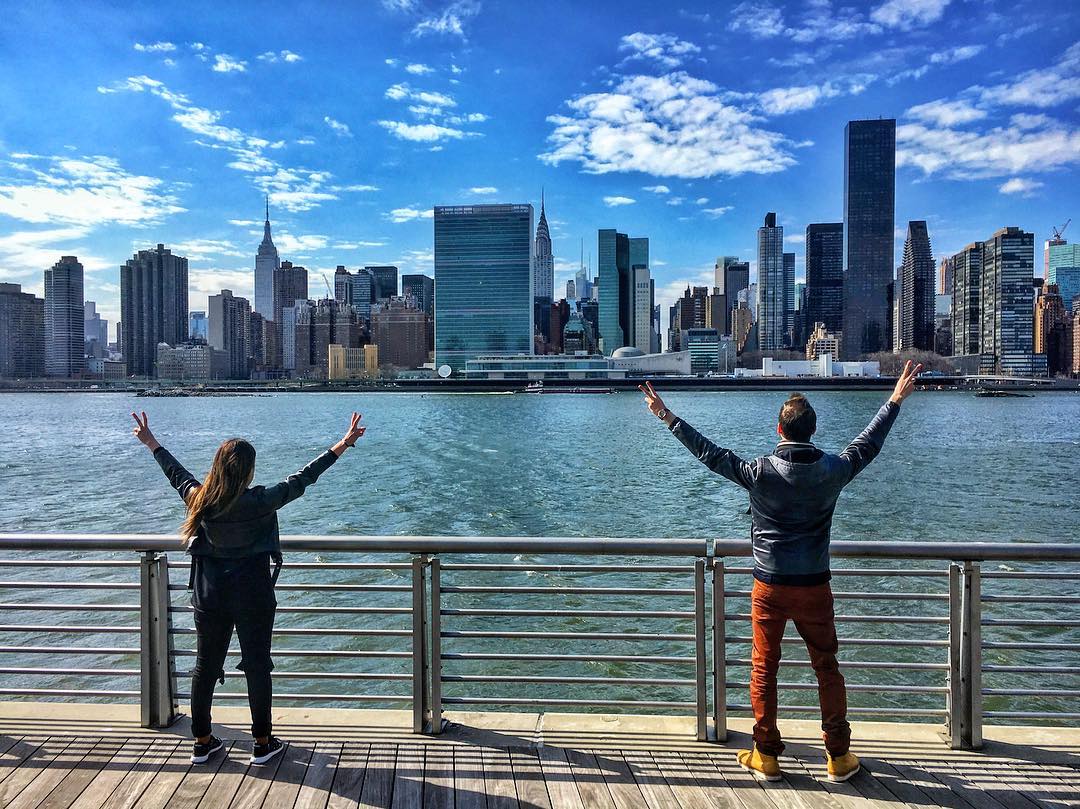 One of the best view of the skyline of Manhattan is from Queens and especially from here, the Gantry Plaza State Park and the Pepsi Sign.

An exhibition space rather than a collecting institution, it devotes its energy and resources to displaying the most experimental art in the world. MoMA PS1 actively pursues emerging artists, new genres, and adventurous new work by recognized artists in an effort to support innovation. It is one of the oldest and largest nonprofit contemporary art institutions in the United States. 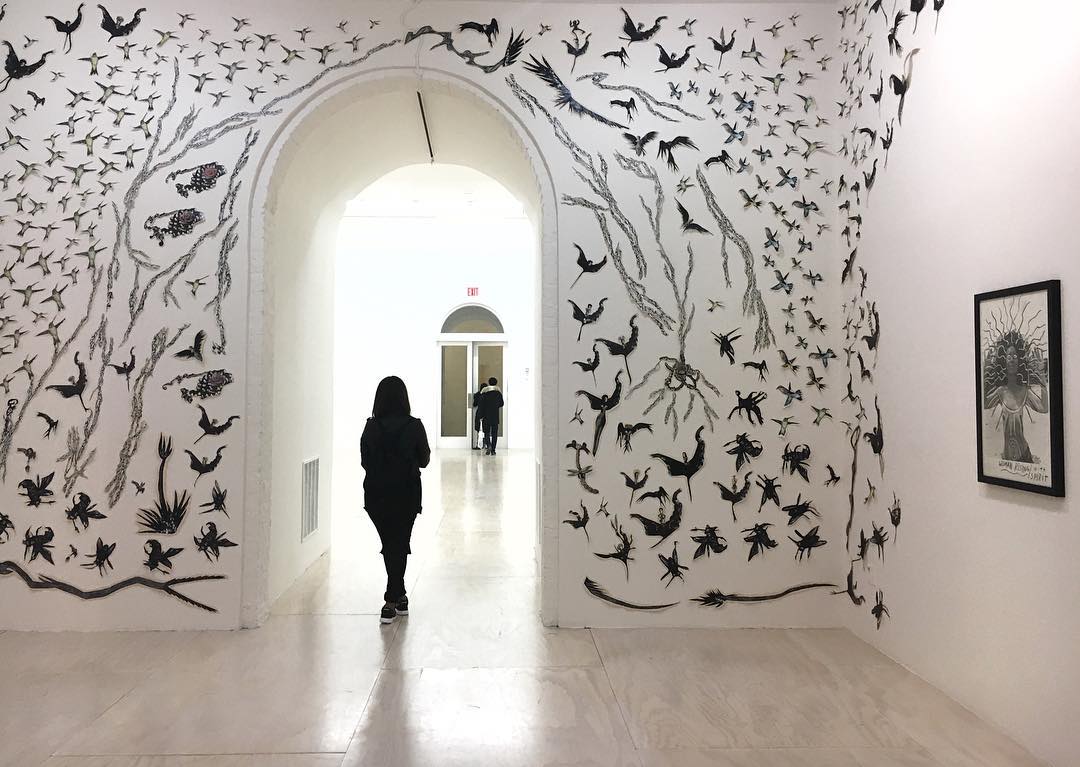 Perfect definition of art. The door which let you immerse yourself and swim the ocean of new areas. The wings which let you fly higher in your sky of mind and further in the wide of your mind. 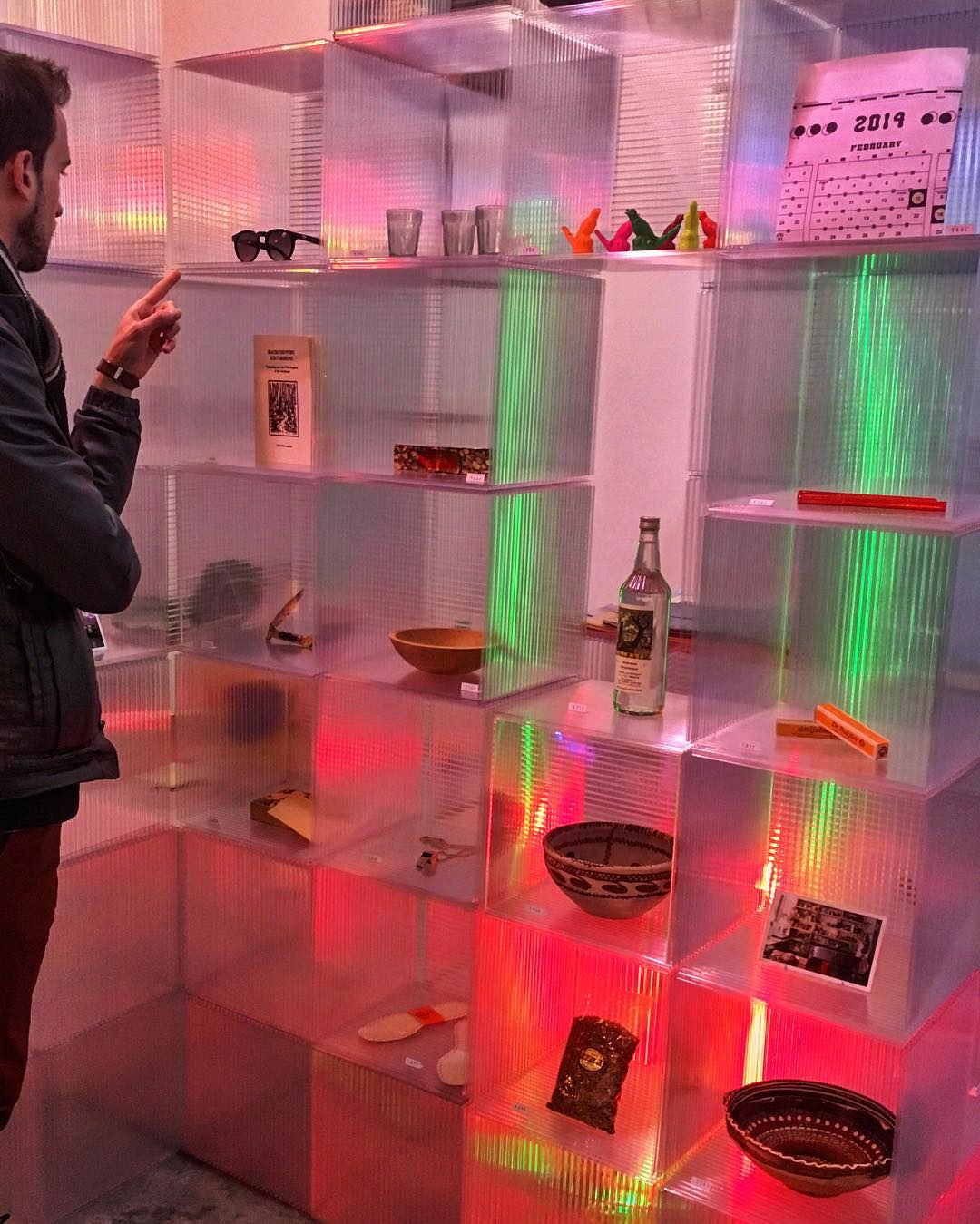 I’ve decided that I deserve to be art and be part of the collection, including part of myself into the exhibition. My black sunglasses.

View of Manhattan from Queens, at the rooftop of Z NYC Hotel where you can see all the skyline. The Queensboro Bridge on the right side. 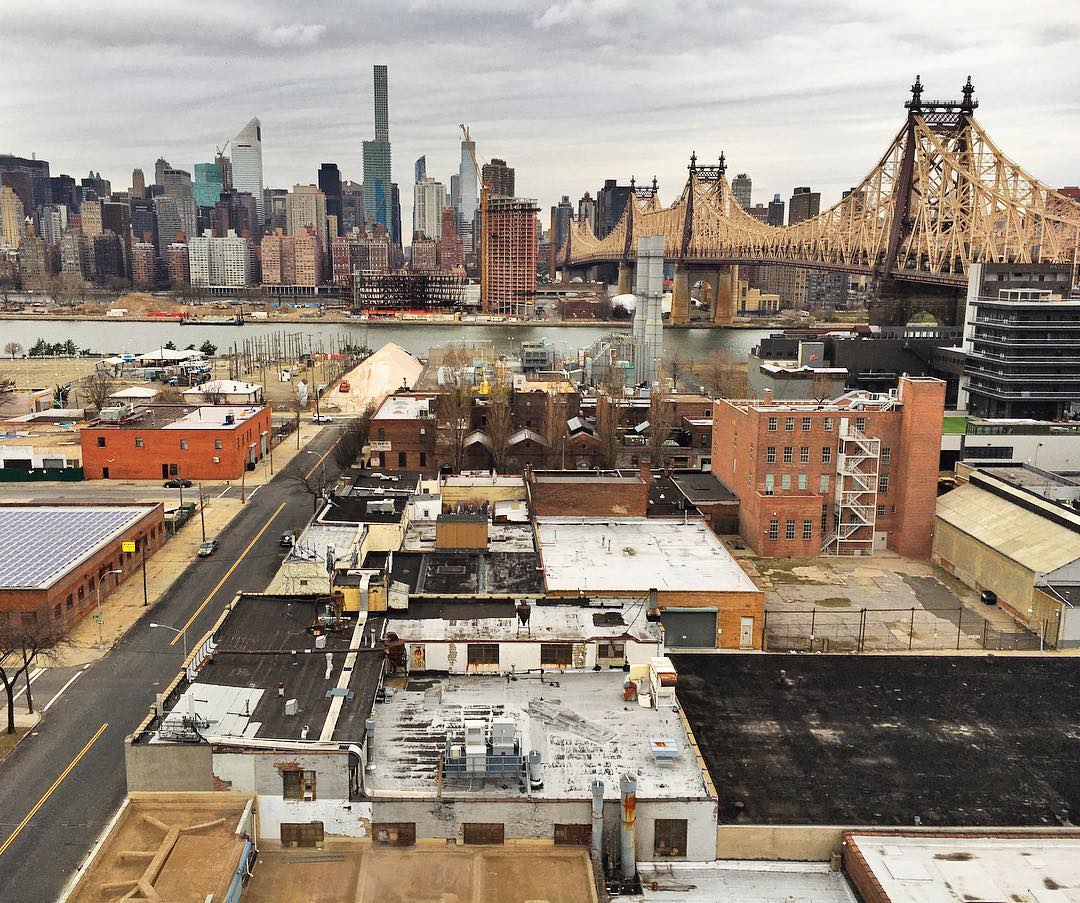 Queens is a very important place for Jazz, as many popular artists were living here. There is an interesting tour which explains everyhitng about it and also it makes some visits.

As part of the Jazz Tour in Queens, we visited the Louis Armstrong House Museum, where this amazing legend was living with his wife from 1943 to 1971. It is possible to see the house exactly as it was, with all the rooms and items preserved, as his kitchen or his trumpet. Pictures were not allowed, so here is the work in progress of his future neighbor. 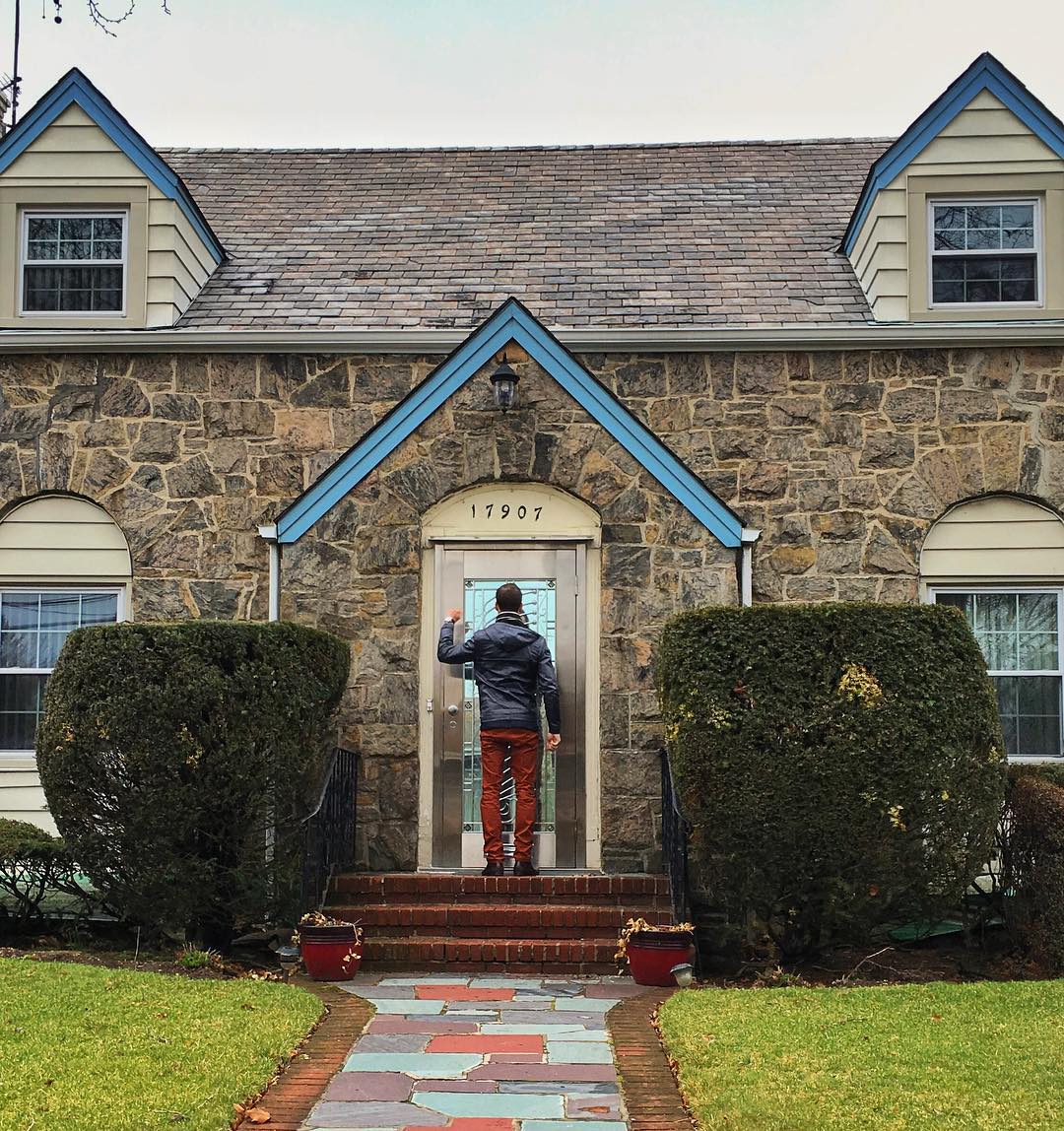 At home of Ella Fitzgerald, called «The Queen of Jazz». Ella Fitzgerald was the most popular female jazz singer in the United States for more than half a century. In her lifetime, she won 13 Grammy awards and sold over 40 million albums. She could sing sultry ballads, sweet jazz and she worked with all the jazz greats, from Louis Armstrong, Duke Ellington, Count Basie and Nat King Cole, to Frank Sinatra, Dizzy Gillespie and Benny Goodman. This was part of a Jazz Tour in Queens