Seville is the capital of Andalucia and an ancient city full of history and art. The city is located on the banks of the Guadalquivir river. Seville has one of the largest historical centers in Europe, where stand out La Giralda, the cathedral that is one of the largest in all the Catolic Religion and the wonderful palace of the Alcázar.

BEST TOURS AND ACTIVITIES IN SEVILLE

These are the activities that I mostly recommend you in Seville with Civitatis.

See the magic of Seville, and the Real Alcázar, the Cathedral and la Giralda, its three most important monuments, and symbols of the city.

Embrace a fusion of different cultures on this guided tour of the Alcazar of Seville. Discover the fascinating secrets hidden in the ancient palace complex as you explore its breath-taking architecture.

Cross the Guadalquivir river as it passes through Seville with this boat from which you can see monuments such as the Torre del Oro or the Triana Bridge. 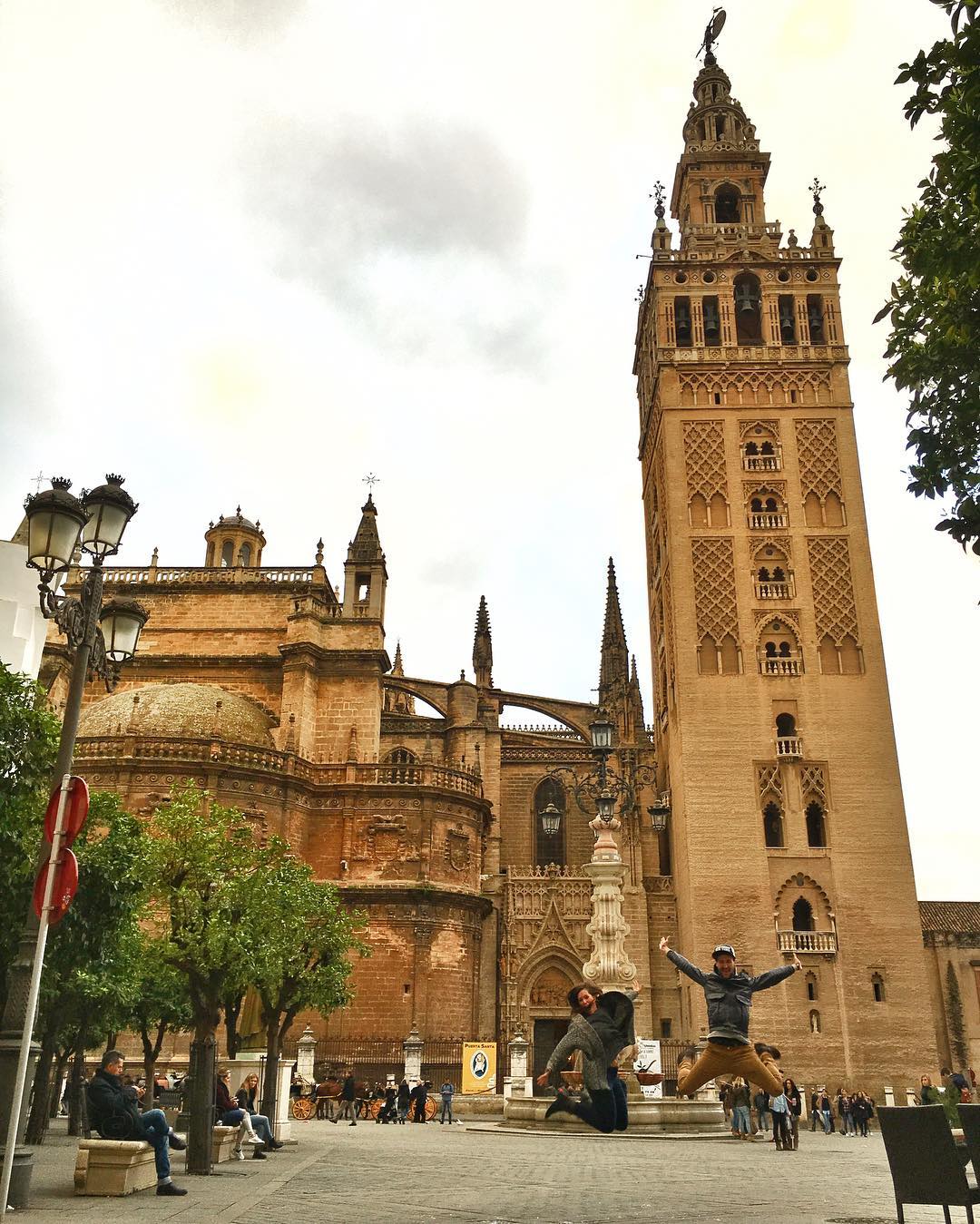 The Giralda is a bell tower of the Seville Cathedral. It was originally built as minaret during the moorish period, with a renaissance style top subsequently added by Spaniards. 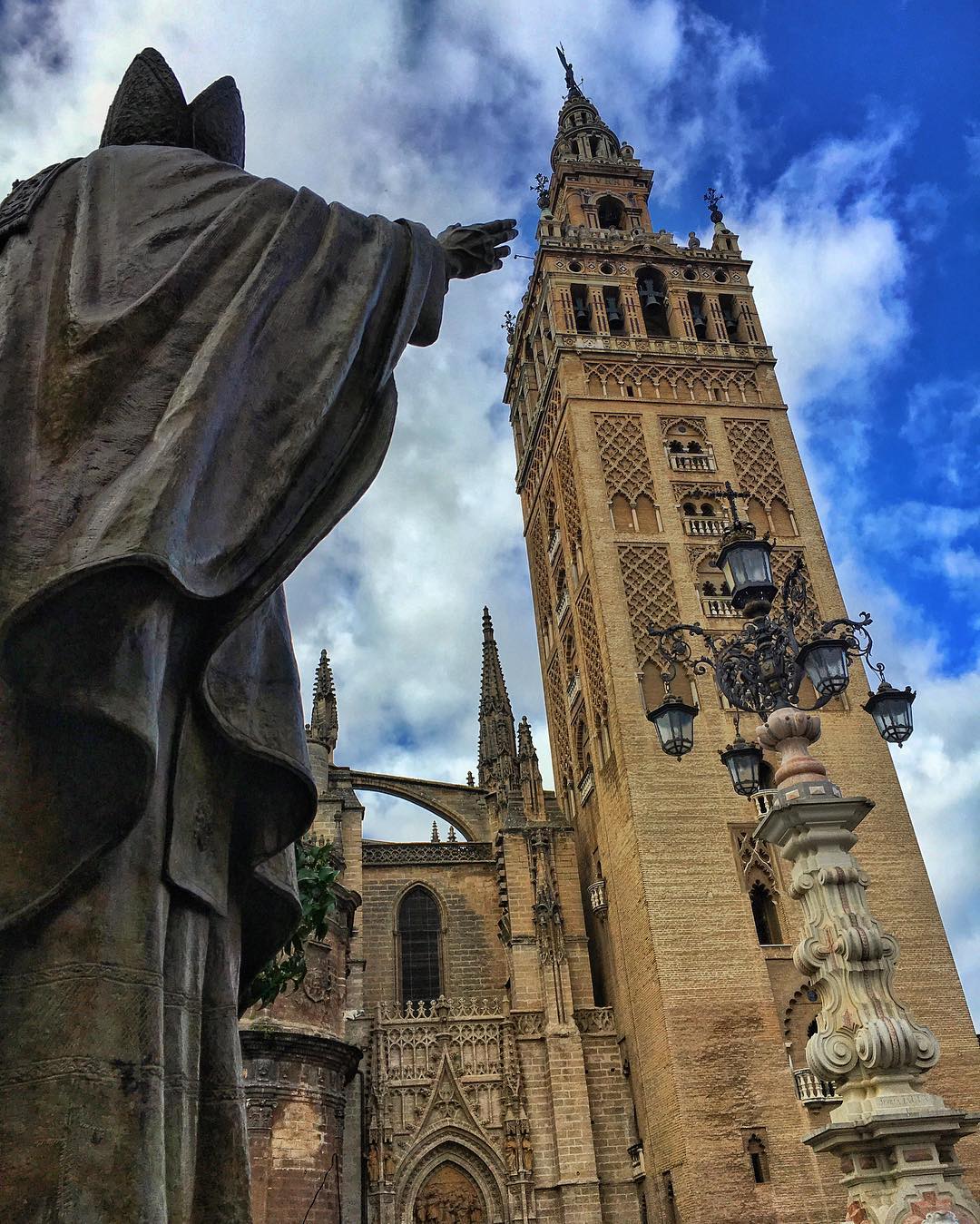 The tower started its construction in 1184 and is 104.1 meters in height. It was registered as UNESCO World Heritage Site in 1987 •⭐️• 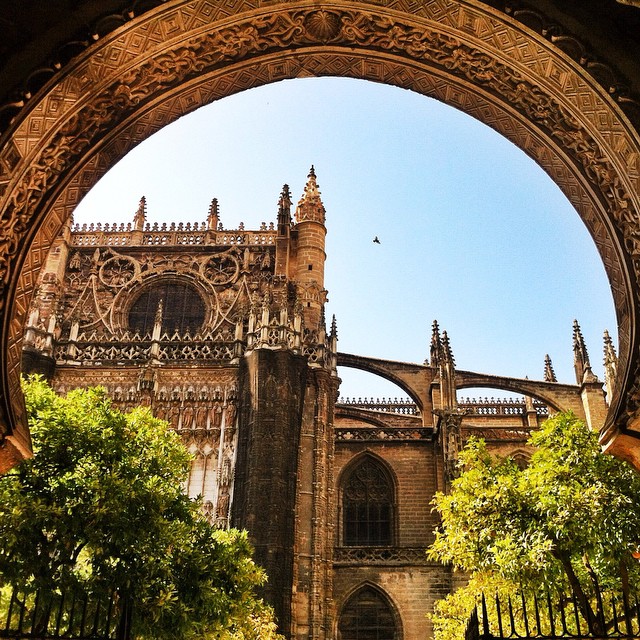 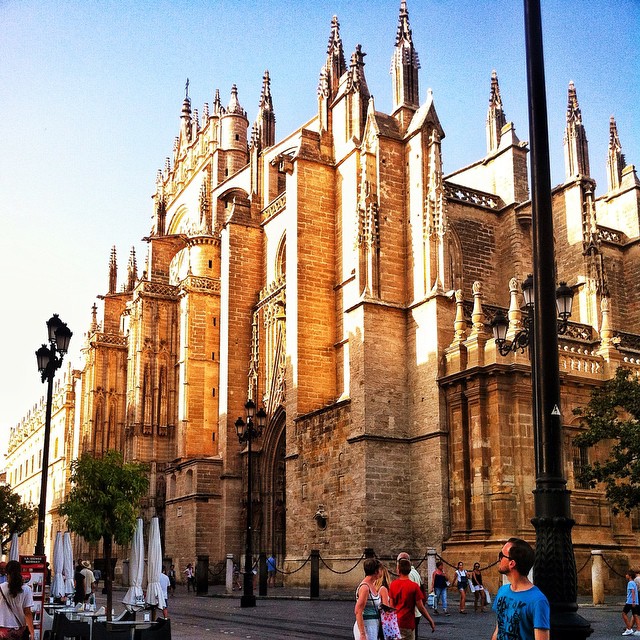 The Catedral de Santa Maria de la Sede is the largest gothic cathedral and the third largest church in the world. It was registered in 1987 by UNESCO as a World Heritage Site. It was completed in the early 16th century and it supplanted, after two thousand years, Hagia Sophia in Istanbul as the largest cathedral in the world •🔱• 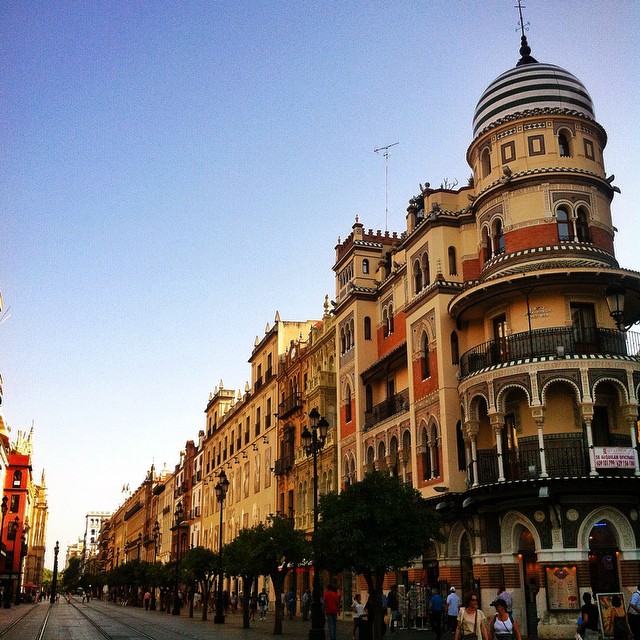 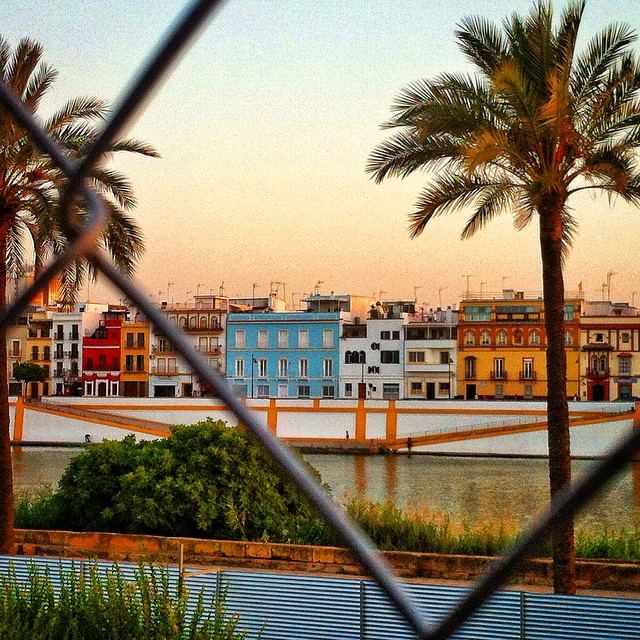 Triana is a neighborhood of Seville. It has a vibrant flamenco culture and its own festivals •💃• 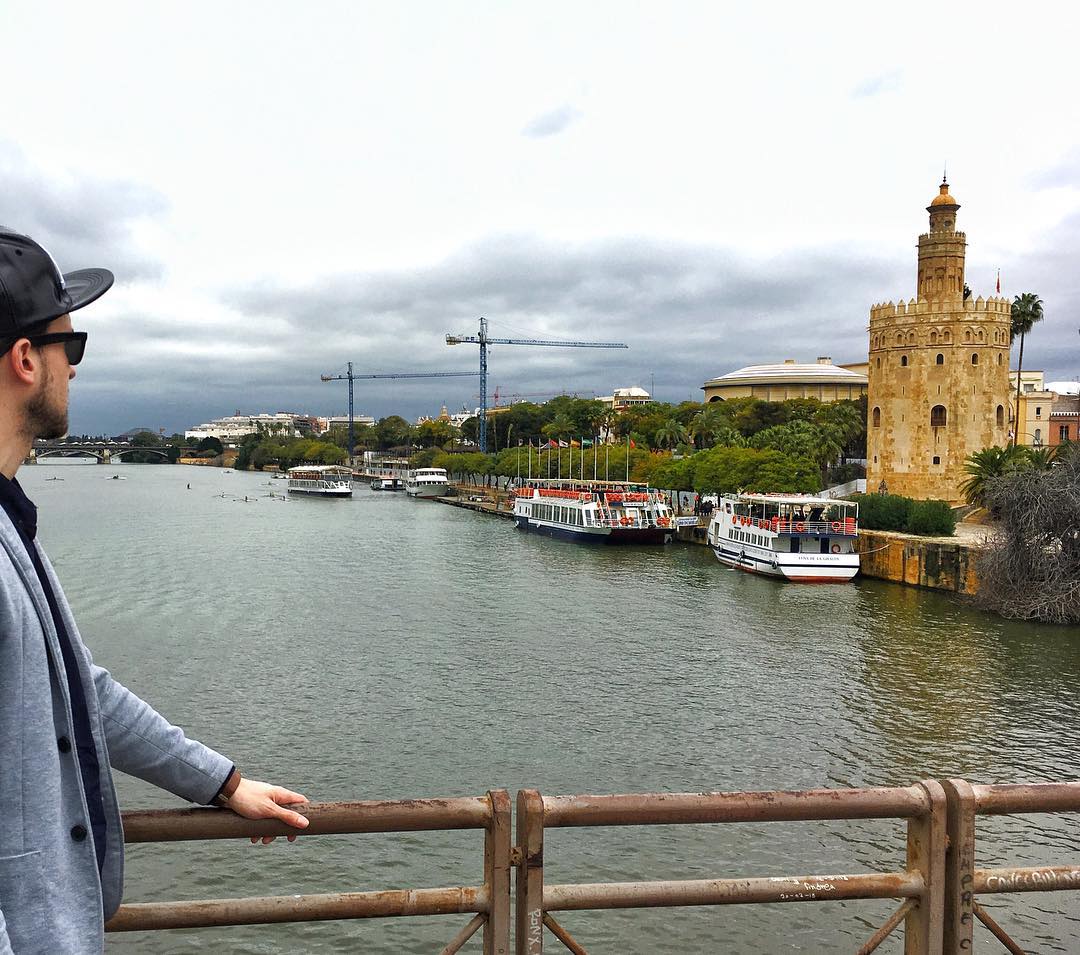 The Torre del Oro «Tower of Gold» is a dodecagonal military watchtower in Seville built in 1220 by the Almohad dynasty in order to control access to Seville via the Guadalquivir river. With 36 meters in height, the tower served as a prison during the Middle Ages. Its name comes from the golden shine it projected on the river, due to its building materials, a mixture of mortar, lime and pressed hay •🔱• 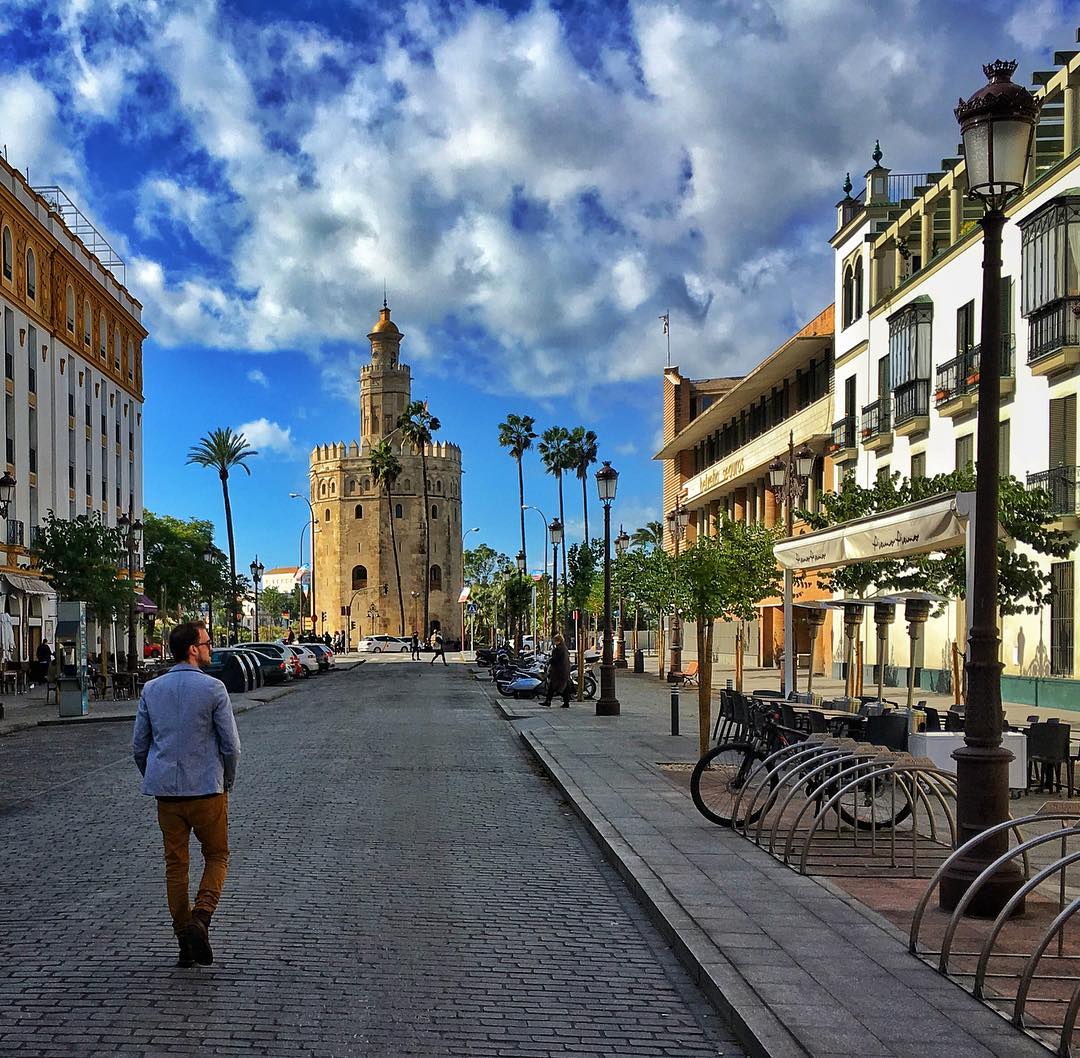 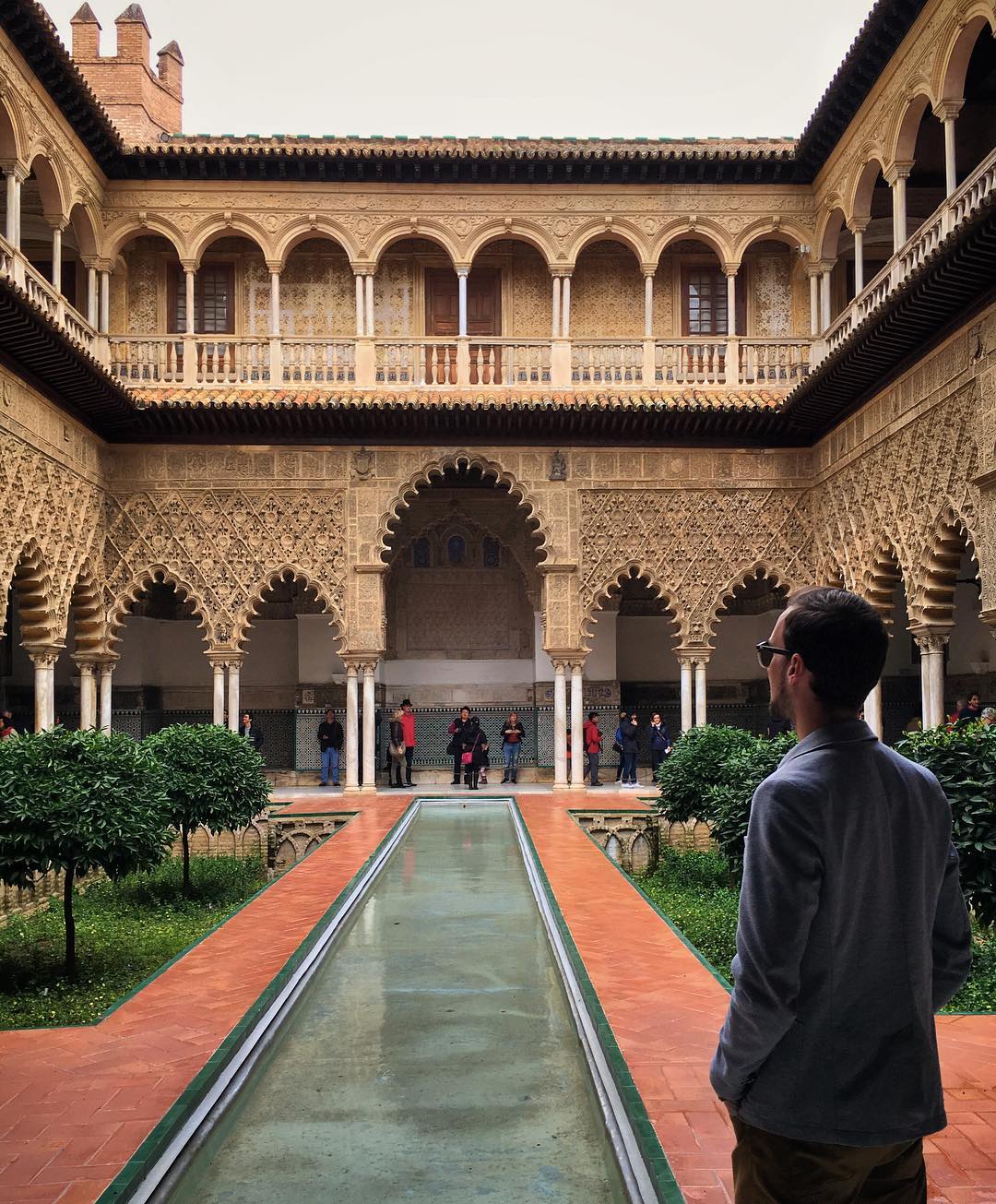 The Real Alcázar in Seville is a magnificent complex of patios and halls in different architectural styles, from Mudéjar to Gothic. The heart of the complex is the Palace of King Pedro I, who constructed his royal residence in 1364 at the site of a Moorish palace. It has contributions from all periods, although Mudejar and Renaissance styles are predominant. The Alcazar is divided into sections dating from a succession of eras: Moorish (11th-12th century), Gothic (13th century), Mudejar (14th century), and Renaissance (15th-16th century). The declaration of World Heritage Site by UNESCO in 1987 acknowledged the survival of cultures and civilizations as a harmonic whole where all of the elements are balanced •🔶• 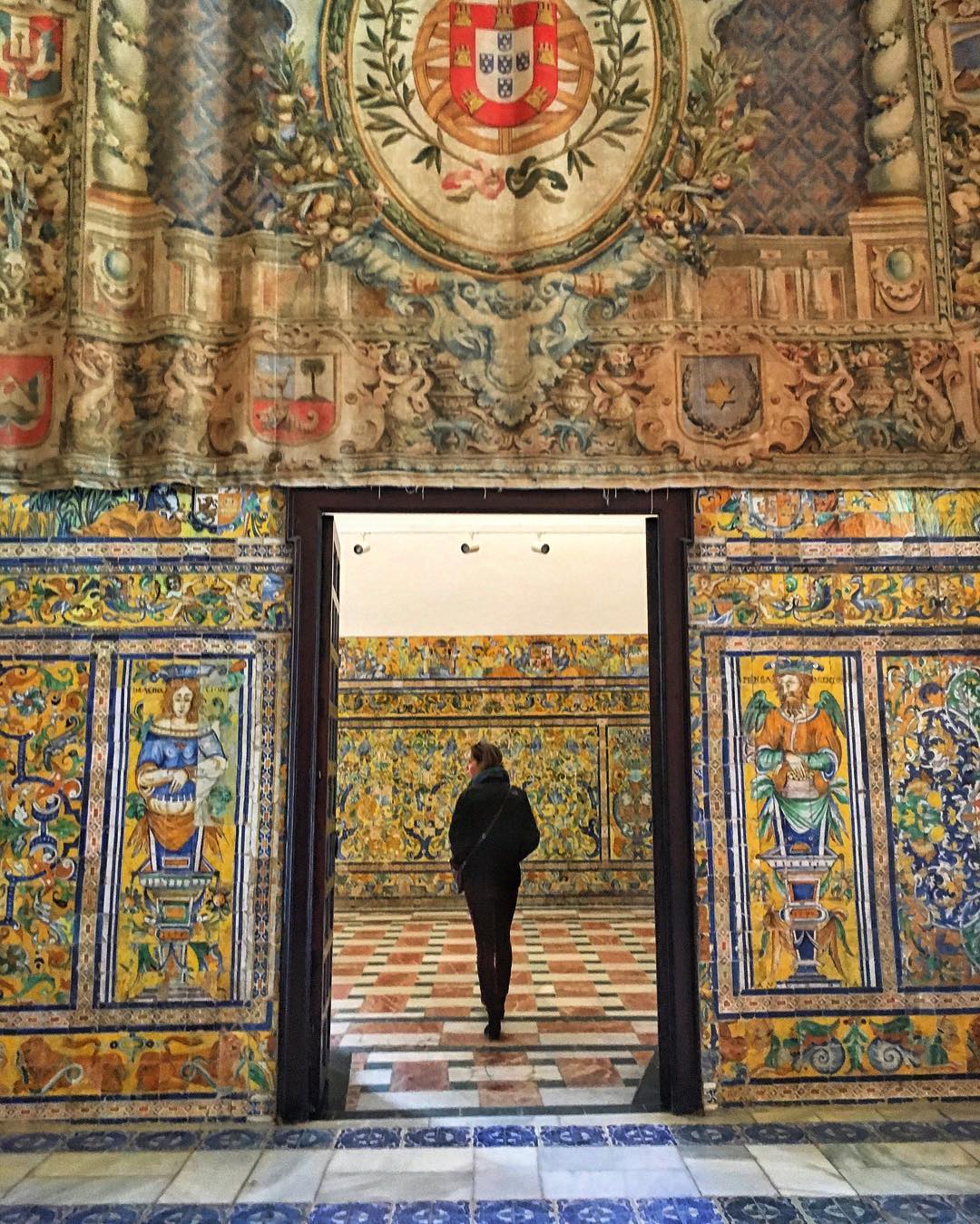 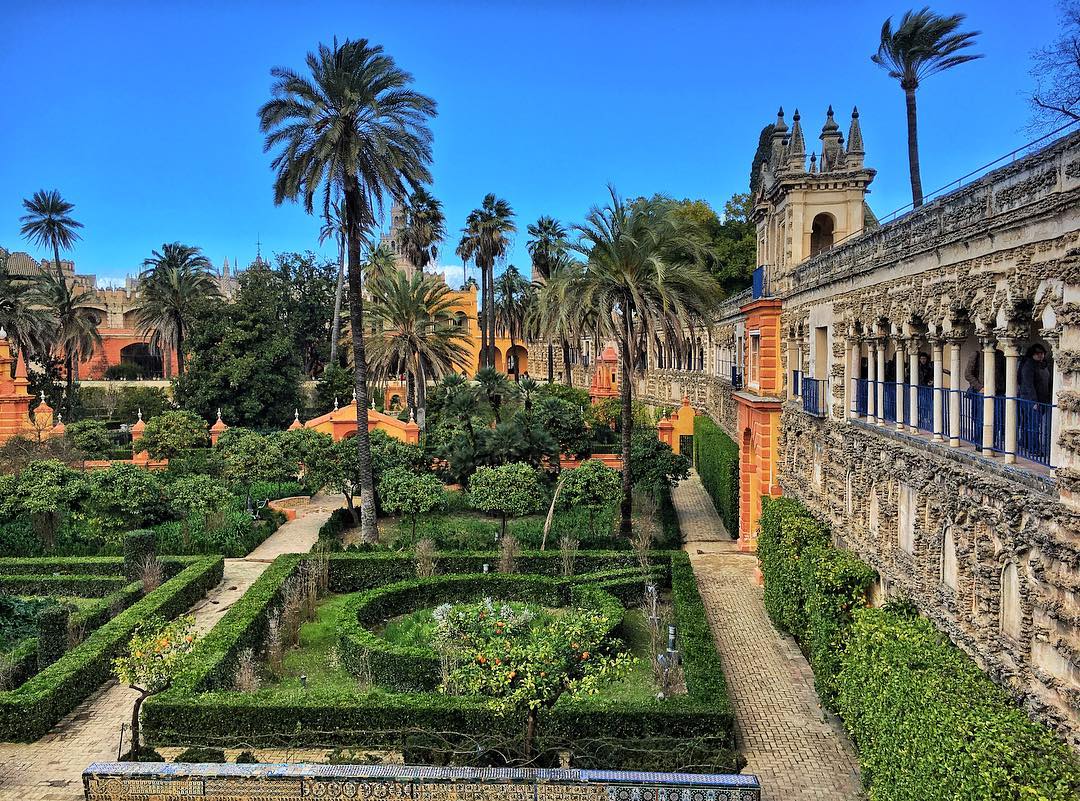 The gardens of the Real Alcázar Palace make up one of the great palace sites of the Spanish crown, and possibly the oldest. They are the most original representation of a truly Hispanic style, the Mudejar, a Muslim artistic expression adapted to the Christian world. From their Moorish origins, they underwent continual transformations, especially during the Renaissance period and the reign of Philip III. All the palaces of Al Andalus had garden orchards with fruit trees, horticultural produce and a wide variety of fragrant flowers. The garden-orchards not only supplied food for the palace residents but had the aesthetic function of bringing pleasure. Water was ever present in the form of irrigation channels, runnels, jets, ponds and pools •🌴• 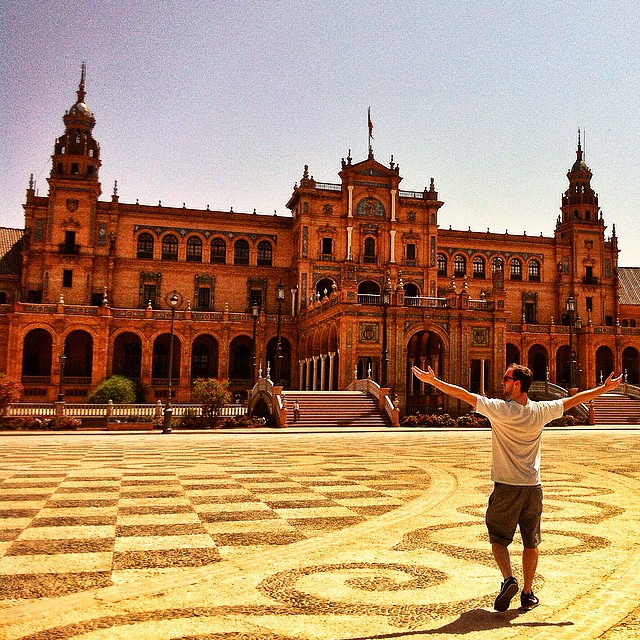 Plaza de España, was built in 1928 for the Ibero-American Exposition of 1929. It is a landmark example of the Renaissance Revival style in Spanish architecture •❤️•