Hue is one of the most important tourism destinations in Vietnam, because it was the main historic capital during the Nguyen Dinasty. Interesting history, culture and gastronomy. during that period, the Emperor make to come here the best chefs of the country, to make the best food for him and to create new dishes,  as for example the «Bún Bò Hue», which is like the typical vietnamese soup with meat but improved it with species.  The imperial city of Hue, it was rthe Ancient Capital, an enormous complex full of gardens and palaces.

BEST THINGS TO DO AND SEE IN HUE

World Heritage since 1933, the Imperial Citadel of Hué is located next to the Perfume River, and was the ancient capital of Vietnam, during the Nguyen dynasty, the most important dynasty historically👑Temples, palaces and gardens are located in the Imperial City of Hué, surrounded by walls of 10 square kilometers that protect its a fortified system of three levels: The Capital City, The Royal City and The Forbidden Purple City🏯

The entrance has a cost of 150,000D (5.87€), and you can make the visit in one or two hours. I advise you to go early in the morning to avoid the masses and extreme heat, depending on the season👌🏼 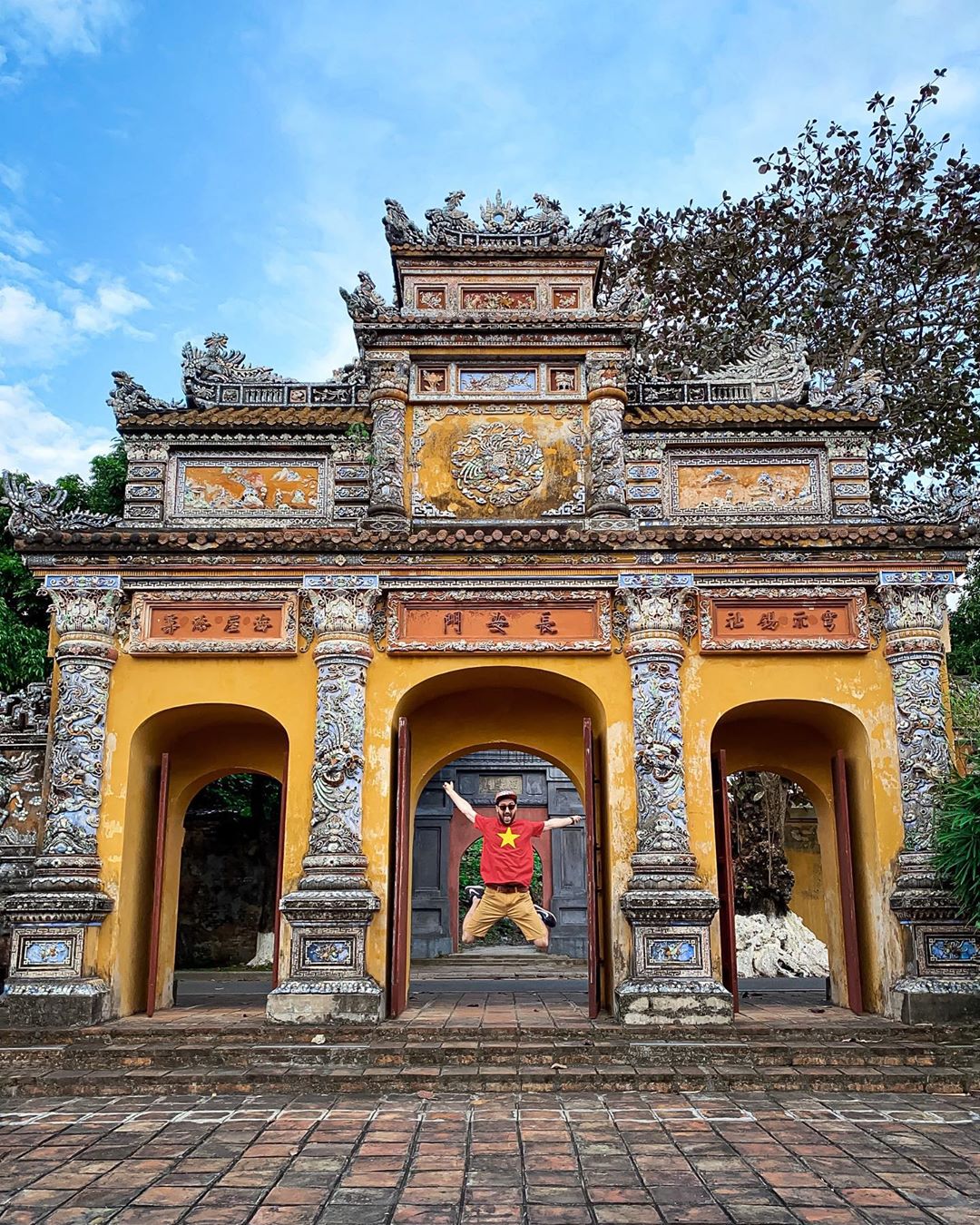 This admirable door, full of precious details, is somewhat hidden. You can find it by walking towards the end of the area and then turning left, very close to a place on google maps called Cung Trường Sanh🔑 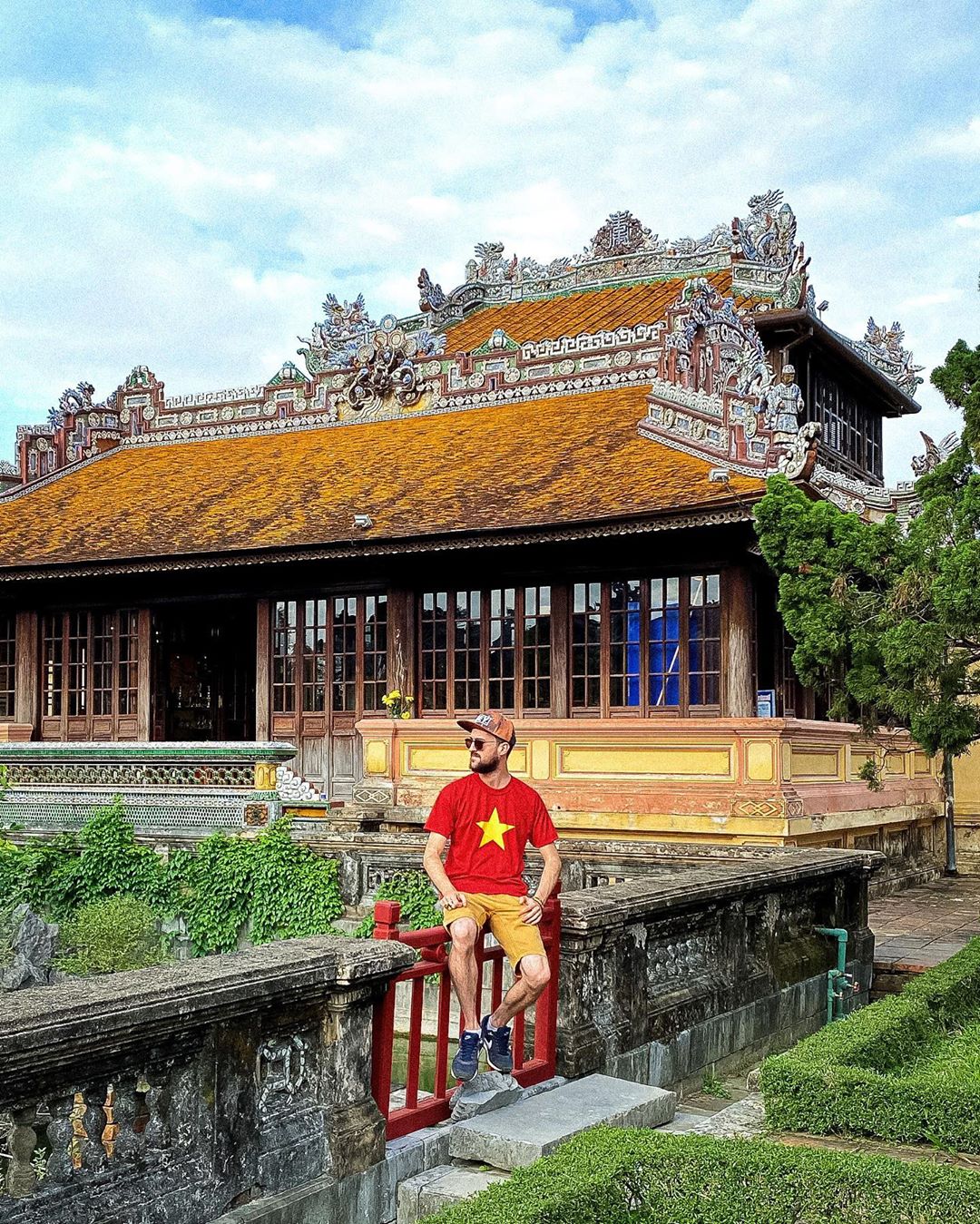 The visit is very enriching at the cultural level, to better understand the history of this country and enjoy everything that is still preserved, although a certain part was damaged during the Indochina and Vietnam wars📜

One of the most special places of Vietnam. The mystery and the intrigue, the emotions before arriving. The emotion and the adventure, the sensations discovering all the corners of this spooky water park. Hidden in the jungle, after its inauguration in 2004 and an investment of 3 million dollars, it was abandoned, at the mercy of destruction and devoured by nature🌿 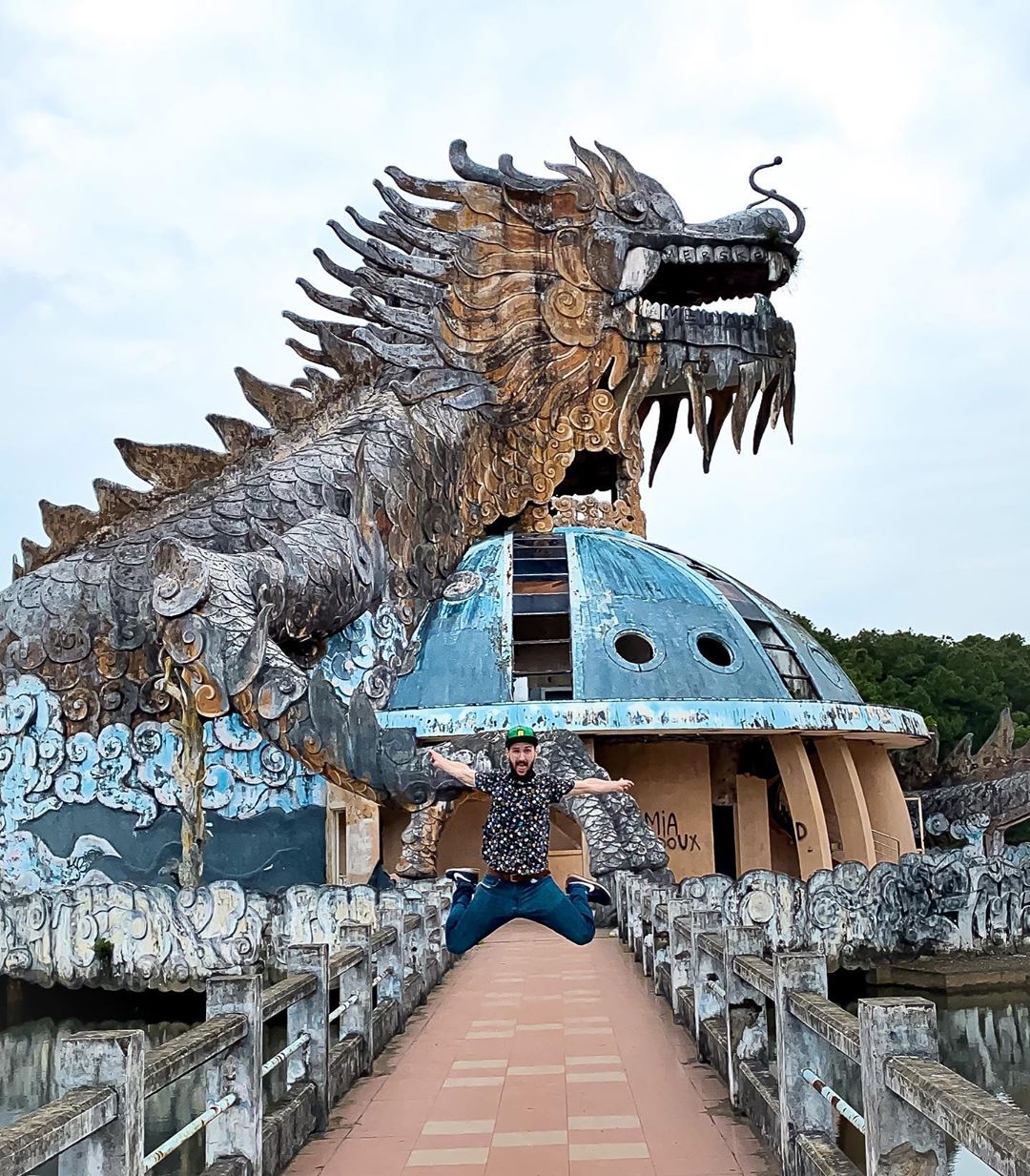 Do you like abandoned places? My experience was like an action video game!
A “vigilante”, of whom I doubt his real authority, was chasing us with a whistle and a motorcycle, asking for money and/or suggesting that we leave. My advice and what I did: be nice and tell him “five minutes my friend” with a smile🙃

In addition to the dragon, which was once a three-story aquarium, there is a slide area with pools, a spaceship simulator, and an amphitheater for water shows. Everything as abandoned as destroyed. The best thing is that you do the whole tour bordering the lake to explore these places🗺

In my Featured Stories you have the videos and more information! Don’t forget to find the FlyWithFlow sticker, above all in the teeth of the dragon’s mouth! If you find her send me a photo! 🚀

It is 8km from Hué, you can get there on a motorcycle, and remember well where you parked it (you can put a mark on maps). Also possible in Grab. Walk a path between ferns and trees, ask people to cross you, check if you are approaching with your location on maps, until suddenly … you will see how the head of a dragon emerges! 🐉

Between the cities of Hué and Hoi An, two key visits in every itinerary through Vietnam, is the Hai Van Pass route. A route of about 140km, which can be done both ways🗺 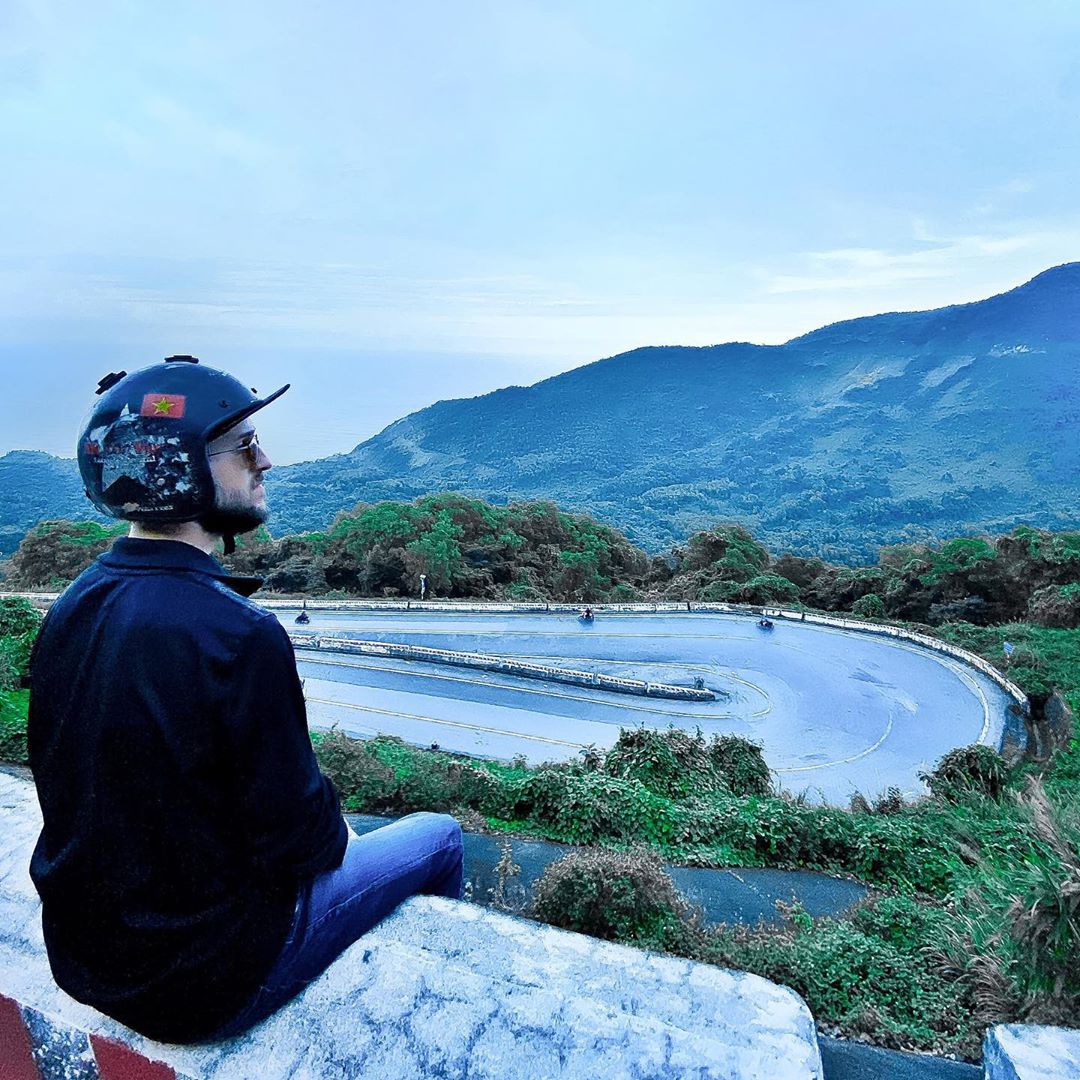 The best way is to rent a motorcycle, to be able to appreciate the landscapes, enjoy its dizzying curves between the sea and the mountains, stop where you want and discover some key places 💫

This route is possible in a single journey, the rental of the motorcycle is around 300,000D (€ 11.7) and gasoline around 100,000D (€ 3.9). The rental price includes taking your luggage to your other accommodation, so you do not have to carry it on the motorcycle🧳

I recommend leaving early in the morning to be able to enjoy the authenticity of the landscapes, to be able to take a bath on the beach, have time to eat, stop where you please and visit somewhere on the way. It really is, a great experience! 👌🏼